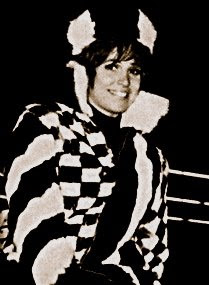 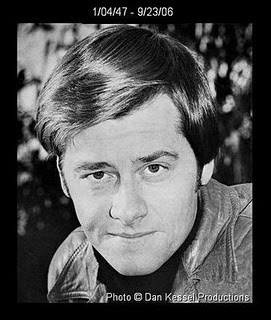 Our apartment was at 1211 Horn Ave., directly across the street from the Shoreham Towers where Diane Linkletter lived. As I said, Nancy and I became friends with her. We thought she was one of the least screwed up people we knew in Hollywood. Timmy Rooney was the other one who seemed to have his head on straight in a town where just about everyone and everything was bent to one degree or another.

Diane would talk to me about her father Art Linkletter quite a lot. Her main problem with him, according to Diane, was that he was always trying to control her life and who was in it. Every time she'd get involved with somebody, Art would show up and give the guy money to leave, and then say to Diane, "See honey, he just wanted money, and I proved it to you by giving him some, and now he's gone. Don't you see that's all they want from you, your money and your name..?"

Diane would get real depressed over this and say, "If he'd only stop invading my privacy, and let me live my own life everything would be OK. If he'd just let me pick my own friends and have a boy friend I'd be fine."

As 1968 rolled into 1969, "Working" was finished. At that point there wasn't a hint that a label was interested and going to release it. Bob Ross had fronted the entire cost of the recording, so he was out that money until a deal was made. He was also paying me the $100 a week to write songs ever since I'd moved to his publishing company, Teresa Music, from Steve Clark's company, Since Music.

In reality I hadn't gone anywhere, it was just a change on paper, and a matter of who was signing my check. Bob wasn't rich or anything, but I guess he was comfortable. All in all there was still the need to get everything wrapped up with "Working," and get it signed to a label, so he could hope to recoup some, or all, of his investment. Fortunately for Bob the studio time was done at Harmony Recorders which he owned.

Bob Ross Music was a music copying service that had been in Hollywood for decades. He had a good reputation and a good business. It was located next door to the Vine Tower, where Steve Clark's office was, at Vine and Sunset Blvd. Bob's business was in an old Hollywood frame house that had been there for a long time. It was the old versus the new. The little frame house next to a 25 or 30 story highrise.

It symbolized the ever changing nature of old Hollywood and the go-getter bullshit-artists, like Steve, and the new Hollywood. Where once your word was your bond, as with Bob Ross, your word was now a matter of convenience for the moment, like with Steve, who was the king of bullshit and one-liners. Steve was the master of deception, and he always seemed to stay one foot in front of everybody else. But in the end this would prove to be fatal for him.

"Working" was finally acquired by General Recorded Tape, or GRT Records, as it was called. The head honcho, on the west coast, was another murky individual named Ron Cramer, who was one of the worst record company executives I ever met. Steve and Ron Cramer worked out some sort of deal in the dark over "Working," and to this day, I have no idea what actually transpired.

I do know, that on the day I accidently found out that the contract was being signed with GRT, without me being there, I hauled ass up to the 9000 Building on Sunset Blvd., and caught Steve just as he was leaving the building, with a dark character named Tony, who was his "bookie." I got directly in front of him and said, "If you don't pay me this time for cutting that Goddamn record Steve, I'm gonna kill you."

Right there in broad daylight, on the steps of the 9000 building, I told him that to his face. Steve and Tony stared at me in kind of a numb disbelief. We all just stopped there for a minute looking at each other, and I said again, "I'm not fucking around with you Steve. I'm tired of getting screwed by you and working for free!"

I would not move from my spot in front of Steve. He seemed worried and confused by my direct assault on him. He looked over at Tony who was equally surprised. "Well how much do you want?" he asked. I said, "A $1000." He stared at me a moment an then said, "OK! I guess I can manage that."

He looked at Tony again, and Tony nodded his approval. At that point we all went back into the 9000 building where there was a bank, and walked out minutes later like buddies. From there, Steve, Tony, and I all went to Hollywood Park race track together and got drunk.