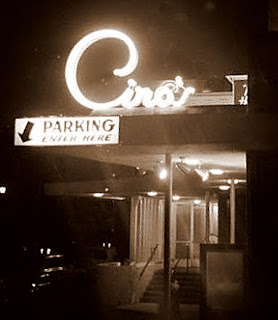 After the sick child incident I rebelled against the "Tony's in charge of everything without question" premise. I began to openly disagree with Tony's ideas regarding my future. For example, I refused to let him book me into shows unless I had a band, which I never got. I flat out refused to go and told him if he booked me I wouldn't show up. I brought up the long list of odd things he had done and confronted him for the first time.

I had changed since he first met me. From the hungry kid to a more seasoned performer who'd been on the road a bit and had learned a few things. I asserted myself and my position and Tony didn't like it. The fear of being disapproved of by Tony, which had always been the case, began to crumble in the wake of my new found willingness to stand my own ground and claim my own selfhood. Tony's iron clad power over me had shifted to a "we better work together or else."

Or else what? Therein was the dilemma. Tony's position had always been, "I made Bobby Jameson." He believed, or at least he claimed to believe, that without him I never would have gotten off the ground. In large part that was true. But then I became me, and when that happened, I reclaimed myself from Tony. My new position had become, "yeah, you probably did make me Tony, but now that it's happened I am not the same willing little kid you could control with promises like before."

It was a Mexican standoff and Tony knew it. Hell there was no way he could force me to do anything. It wasn't like he could refuse to pay me if I didn't go, because he wasn't paying me anyway. Everything he could have used for leverage didn't exist. You can't take away something you were never provided with in the first place. Tony had painted himself into a corner with his own greed and lack of real fairness. When it came time to use his chits he didn't have any and I damn well knew it.

(If you are reading this and have no real sense of a timeline let me clarify briefly. Most of what I have discussed here only took about 6 months to occur. The beginning, middle, and eventual end, of Tony and me was like a ride on a rocket ship. It had started out of nowhere and changed my life forever in 9 weeks. Then 4 or 5 more months of weirdness and it all ended with a bizarre conclusion. Everything that occurred between us went extremely fast. No real plan at all. No time to consider anything before it was done. So in essence mistakes had become commonplace).

As I was saying, Tony had become aware that the power he had had over me was now different. He could no longer command me like a dog without fear of being bitten. He looked for new ways to gain control and one of them was a live performance in Los Angeles which I had never done, other than American Bandstand, and a few other local television music shows, like Ninth Street West and Lloyd Thaxton. I knew that I would be performing by myself again, but Tony convinced me it would be the last time I'd have to do it, so I agreed.

He rented the old Ciro's nightclub on the Sunset Strip and put a 35 foot black silhouette of me on the roof which said, "Bobby Jameson Here! One Day Only." I don't know how many people Ciro's (now the comedy store) holds, but it was full on the day I played there. It was invitation only and I did my job well. I played by myself for those people with my guitar, an amplifier, and a microphone. No band just me and I was good. That was the last time I ever went on stage alone again. It seemed to be a moment in time that just got stuck and hasn't moved since that day.

After I played, I vaguely remember talking to people. I couldn't tell you who was there, but I remember leaving pretty quickly afterwards. I knew Tony would be making use of my work and make promises to people about my availability to perform somewhere. I knew he would get money in front from some of them, and I knew he never intended for me to show up. He just made money by promising things, but the promises were only used to get the money. It was a quirk I discovered about him. He could have made so much more if he had done it right, but he seemed doomed to an addiction of always pulling something off on people, like that was the point, when in fact that was the smallness of Tony.

He had big powerful ideas, but he always went for the chicken shit payoff. He had been offered deals by just about every major record company there was for me, but he wouldn't take it. He wanted to be like Col. Tom Parker who represented Elvis Presley. He wanted to be a big shot. The tragedy was that he damn near made it, but figured out a way to screw it up at the last minute. That was, and I would guess still is, Tony Alamo. It is easy for me to see this in Tony, because I have seen it in myself. Always getting so close to the dream coming true, and then at the last minute doing something insane, or just plain stupid, to screw it up, always with the tag that they, or he, or something made me fail. This is classic alcoholic thinking, I know because I am an alcoholic and I believe that Tony Alamo is too.
Posted by Bobby Jameson at 10:10 PM 2 comments: