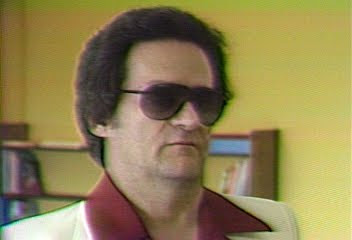 I could not believe what was happening. I had no way of knowing this was coming, and had no way of dealing with it now that it was here. I remember staring at the floor trying to decide what to do. I just stood up, didn't say anything, and walked out the door as fast as I could. I reached the sidewalk and kind of walked around in little circles hoping that Tony would come out and tell me it was all a joke and that everything was OK. In a few minutes Tony did come out the door and down the steps toward me. "Why did you say that Tony," I pleaded, and stood waiting for some rational explanation to what I had just witnessed. "Because it's the truth," he said, looking right at me. I stared at him in a second wave of disbelief and was devastated by his response, knowing fully at that moment my world had just ended. "No it isn't Tony, no it isn't."
Posted by Bobby Jameson at 5:33 PM 6 comments: