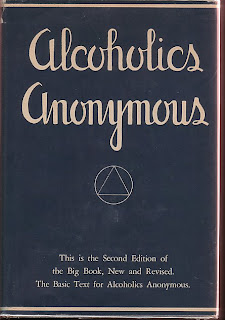 I managed to make contact with an attorney on the program, and paid him $300 to deal with my legal issues in Nashville. In short, I did what I was told, and waited for months to feel better, but never did. I just felt out of place and hopeless, and longed for a better way of life.
Posted by Bobby Jameson at 11:33 PM 9 comments: