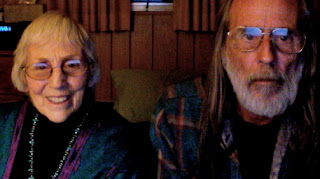 Even as I write these words, I already know that way too many will line up to tell me how lucky we are to get SSI, as if there were no other outcome we could wish for. There will be, as there always is, too many voices spewing pseudo positive rhetoric over the wound. But most of all, and branded into my flesh for eternity, will be the fact that nothing will change, and nothing I say will mean a goddamned thing in the long run.
Posted by Bobby Jameson at 1:43 PM 3 comments: