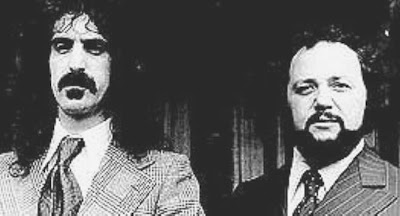 I woke up this morning in tears, because the pain in my head is so bad. In the last few months I have been in agony. This morning I looked at my life and saw only hopelessness and misery. After a couple of hours, I wrote this trying to continue the story. (from 2009)

I have had difficulty in remembering, in context, the sequence of events in their correct order. Forgive me if I make mistakes. This is something of a double edged sword, in that I don't want to do it, but feel compelled to finish what I have started.

Because the two songs, "Junkie Jesus" and "Jesus Was An Outlaw Too," were in the movie "Clay Pigeon," as background music, I went to ASCAP, and signed with them. I got a $1500 advance, the only money I've ever received from either ASCAP or BMI in my life.

It helped at the time, believe me, because as usual I was broke. I felt as though it was a sign that things were going to get better, and I looked to the future with positive anticipation.

Months later, following the Jesse Ed Davis and Randy Newman session, I'd been hanging out with Gavin Murrell, and his roommate Ron Radkovitch, at their house in the hills. Gavin too, was convinced that things were looking up for me, and for himself as well, because of his work on the film "Clay Pigeon."

During that time, I met with Herbie Cohen and his brother Martin, who had represented Frank Zappa. I'd met Hebie Cohen before, with Frank, so it was a not a meeting without some prior context. Herbie was aware of the songs I recorded with Davis and Newman, and the movie, and he wanted to hear what else I had written that was unpublished,

I invited him up to Gavin's house, on St. Ives Drive, in West Hollywood, which overlooked the Sunset Strip near Doheny Drive. It was a nice place with large windows all along the back of the house, that opened onto a deck that looked out on a panoramic view of the entire city.

As usual, I had a lot of new songs. Some were fully finished and others partially completed. I played some things live for Cohen, and then played him a rough demo tape of other songs I'd recorded in Gavin's living room, both on piano and guitar.

Herbie seemed impressed with what he heard, but was an understated guy. It was hard for me to get an emotional read on his reaction. I guess the best way to put it is, that if he didn't say anything bad about the stuff I played him, it was good. Herbie said he would talk to his brother Martin and we'd all get together again at their office in a week or so, which we did.

After Herbie left, I asked Gavin what he thought. Gavin said in his opinion it had gone very well. Playing music for someone is different than just talking with them. When you create something, and then play it for someone, you kind of want to get an emotional response from them, to guage their reaction, but with Herbie this didn't happen.

As I said, Cohen was real low key. Gavin on the other hand was an onlooker, so he viewed the situation from a far less emotional stand point than I did. He was convinced it was positive, so I opted for Gavin's opinion on the matter.

After some general research I found that this song was written and recorded in 1972 on St. Ives Drive at Gavin Murrel's house, and was one of the songs played for Herbie Cohen. It says 1981 in the opening credit, but should say 1972.