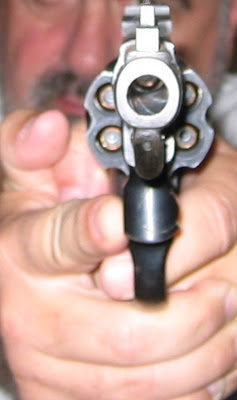 A second, third, fourth, and fifth shot rang out and I still did not move. Frustrated, he yelled at me, saying, "Don't you ever get scared, asshole?" "Not of dying," I answered, "I don't care if I die."
Posted by Bobby Jameson at 11:10 PM 4 comments: