(part 280) Social Media And The Blast From The Past

As I became more active on the internet in 2007 into 2008 I began receiving messages from women I'd known in the past, primarily the 60's. I did not know how to deal with their interest, because I hadn't given it any thought until it happened. I was busy doing what I was doing. Writing this blog and gathering up old music of mine and making videos so I could post them. When I left L.A. in 1985 I concluded that no one particularly cared, or remembered me, and if they did it was not with any fondness, so when I got these messages I was surprised by them.

I remember well my initial reactions. I was skeptical and less interested than one might think. My past was my past, and these ladies were part of it. Since my belief was that I had failed as a musician, singer/song writer, and everything else, I was cautious at best when confronted with what appeared to be positive interest in me by woman who I'd not seen or spoken with since the 60's and 80's. Each of them wanted to get reacquainted online, which I agreed to do. At first it was on myspace, where I'd created a profile to post music, photos, and excerpts from this blog. I also wrote poetry there and posted it. This was where I began to mix with people again after a 22 year absence from that process. These were people who knew of my past, to some degree, and had also been part of it, unlike the people in San Luis Obispo, who had no clue as to what it was I used to do.

I made one request when I began the process of reuniting with these old friends, and it was simply this. "Please don't bring any bullshit into my life, because I already have enough. In other words, I am busy as hell with what I'm doing and won't stop for you or anybody else. I had to do that for me, as a way of protecting the decision I'd made to work and accomplish specific goals. I was not here to meet old girlfriends, I was here to work. It was already hard as hell, and I didn't want anything or anybody screwing with my emotions, so I laid down the rule. All of them gave me their word that they did not want to cause any trouble, but just wanted to get reacquainted and stay in touch as friends.

One would have thought this a reasonable enough request for me to make at the time, and to accomplish, but it was not. When dealing with human beings you have to deal with their opinions, desires, history, etc., and this was surely the case with each of these women in the beginning. One of them, Georgiana, would argue with me a lot on myspace messages. She was opinionated, as was I, and not very willing to use a softer touch. After one too many encounters with her I just flat out said, "Well fuck it Georgiana! I'll just quit talking to you altogether, and then I won't have this problem anymore!"
"No no, don't do that Bobby," she said, "I don't want to lose track of you for another twenty years!" "Ok, but gimme a break with this shit, because I got enough to do without this kind of aggravation!"

My fear was that I would get into rehashing old crap with someone whose opinion I didn't necessarily agree with, and get off track with what I was doing. I was writing about the early 60's at that time, and Georgiana was interested in talking, or arguing, about things I had not gotten to yet in the history I was writing about on this blog. I had not known her in 1963, 64, or 65, so she had no sense of what it was I was doing. She was also writing a book, and had her own opinions of how to do that as well. All in all it had to be quelled, so I could concentrate on what I was doing, not what she, or anybody else, thought I was doing. It was a tough go back then to keep focused on my goal and learn how to do everything by doing it, like use a computer, make videos, upload music, etc. I was stressed out by all the on the job learning, so arguing with some chick I used to know wasn't helping.

On myspace Paula became my close friend. We talked a lot about Hollywood, old times, and what I was doing with the blog, trying to tell a story and make people aware of music they knew nothing about. She was supportive and easy to talk to. I didn't have any trouble with her until she got me involved in an argument, on myspace, with her ex husband, Chuck Negrone, and daughter. It was a preview of things to come, but at the time I didn't know that, so I weathered through it. Looking back on the incident now, it looms as a precise signal as to what I was in for with her, and the public persona bullshit of social media sites.

At the same approximate time, Sharon, also showed up from my past in a comment on the blog I think. She had been a Playboy Bunny and center fold, and I had had a flash relationship with her after Paula disappeared in 1967. I directed her to the myspace profile and she too became a friend. It would be fair to say I had no loyalty to any of these women back in the day, because as I said, and say again, my interest was in myself and what I was doing, not in falling in love. I cared, but only to the degree that it suited my own goals.

On myspace I introduced each of these women to each other, which at the time seemed to make sense. I had nothing to hide, I wasn't going steady with any of them, they were all people I'd once known and who now had reappeared in my life. It didn't occur to me that it would cause any problems, I mean, "Why would it?" It proved to be one of the dumbest things I ever did... 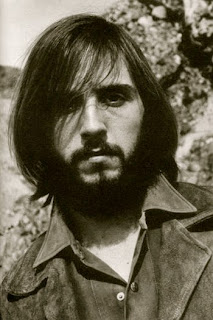 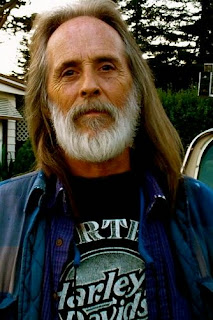 GO TO PART 1 OF BLOG
Posted by Bobby Jameson at 4:45 PM No comments: