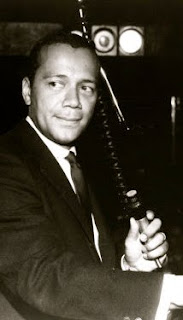 Randy Wood and Marshall Lieb screwed around for another week or two, trying to get someone they knew to do the work on the Chris Lucey album, but came up empty. Let me clarify something here which I have noticed in reading what has been written about this subject, and is completely out of whack. Chris Lucey/Chris Ducey was not and was never intended to be a big album release.

Surrey Records was a budget line label of Mira Records. Rack Jobber stuff. That means it was always destined for metal racks in super markets and such, where you could pick up unknown records and artists for cut rate prices when you bought groceries and things. It was bottom of the barrel merchandising. The reason Randy Wood was so hung up on getting Chris Lucey released was that it was a key part of a bigger deal involving a whole line of Surrey releases in Europe.

It was the maiden voyage for his Surrey Records line and he didn't want it screwed up because of one lousy album. It was a European release date with a deadline, and the whole deal revolved around the European's fascination with the album jacket of the Chris Ducey/Chris Lucey record. It was the album's visual appearance that they wanted for display, the music was secondary. So any references to a big ad campaign regarding the release of the Chris Lucey album are completely inaccurate. The big ad campaign has already been discussed in connection with my relationship with Tony Alamo and Billboard Magazine in 1964. The two things have nothing to do with each other.

Pam Burns finally gave me the word to come back and meet with Randy again about the Lucey record. That was the first time I found out how much I would make for writing 10 new songs and recording them all. I would make either $20 or $25 a song. That was for writing and recording them. It was either $200 or $250, but I can't remember which. There was no contract and no discussion of publishing or any other rights. I would just get a couple of hundred dollars for doing the job and Randy would get off the hook. This was not an artist/writer deal whatsoever.

Randy was still leery of me because he'd never heard anything I'd done. He was going on Pam Burn's word completely and trusted her judgement. It was arranged so that each evening after the offices closed Pam and I would go upstairs and I would work on writing the songs. This started immediately! Every night I'd pick out one of Ducey's titles and work out a song that could be construed to have been written with that title in mind.

Some of them were matched pretty well, but others are a bit vague. The title and content of the lyrics I wrote sometimes seem disconnected, and that's why the album is the way it is. Not only did I have to use Ducey's titles, but I had to get it all done in less than 2 weeks. I finished 2 songs the first night and Pam said they were great. "Wait till Randy hears this, he'll be knocked out," she said. "I hope so Pam," I replied, "I really hope so."

Randy was knocked out by my songs alright, and had no problem letting me know it. I guess it was partly a sense of relief for him that Pam Burns had come through with the goods and Randy's problem was being solved. His attitude toward me improved greatly and he started treating me better. I never got too worked up about writing the songs, because I never had any doubts that I could do it. If I had had more time Chris Lucey would be a better album. What I did though was as good as I could do under the circumstances. As far as the money went I was broke. "I did it for the money!" It was not a career move. It was just a job I got. Who knew where it would end up decades later?

There are other inaccurate stories about the making of Chris Lucey that I want to clear up as well, such as references to the group "LOVE" and Arthur Lee, who I knew nothing about, nor had I ever heard when I wrote and recorded Songs Of Protest And Anti Protest. The band "Love" was known as "The Grass Roots" in 65, but had to give up that name because it belonged to another group. They changed it to "Love." Their first record was in 1966. I met Arthur Lee after I wrote and recorded Chris Lucey in 1965. If I copied someone's work I would freely admit it, but in the case of the Chris Lucey album it just doesn't apply. To this day I have heard very little of "Love's" work. Once again I leave it to the readers to decide for themselves what it is they believe. I am just telling my story.
Posted by Bobby Jameson at 8:48 PM 3 comments: