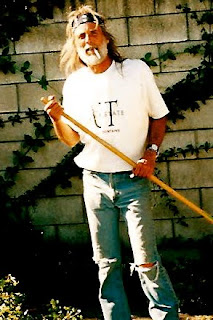 It was a dismal reality, and felt more like a punishment than a life. It seemed to become a contest to see how much I could endure. I'd question deeply whether there really was a god, and say to myself, "If there is, he must hate my guts!" Day after day I would look for something to keep me going, and year after year I would say, "What's the point?"
Posted by Bobby Jameson at 5:15 PM 3 comments: