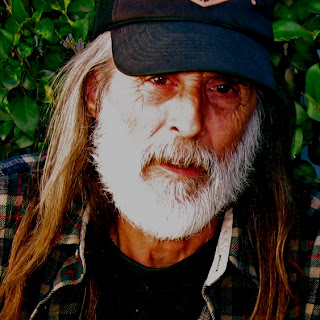 Over a period of years, and I do mean years, I was totally frustrated and limited to conversing with Steve Stanley, and always by telephone. I had no one else to speak to, because no one else would give me the time of day. It was Steve and me talking for years about the music business with no other input whatsoever. I spent endless hours explaining details to him about what really happened, what the conditions and circumstances were back in the 60's and 70's when the work was actually being done. I told him things that few knew, in hopes that it would have a positive effect, but it didn't. Nothing changed. It was as if I'd spent the time in a vacuum with my words being gobbled up, bottled, and shelved, like so many jars of jam. The stories and details just passed from me to him and stopped there. Little of what I shared with him made much of a difference at all.

During the period between 2003 to 2007, one single fact became totally apparent to me. Steve, and all  those involved in the acquisition and release of Songs Of Protest, did not know the story of how or why the album had been made. They all lacked the concept that Surrey Records was a budget line label for Europe. They'd mistakenly concluded that Surrey was a regular label and had released Songs Of Protest in a wave of publicity, which had not been the case at all. It was useless to try and get Steve to understand the real story, a story that flew in the face of what he and the others believed. Most of what was written in the liner notes by Steve, or what was said about the album was just plain wrong, and from what I could tell, people had simply made up their own set of facts and then passed them around as gospel. There was no one anywhere, except me, telling them they had it wrong, and I only had Steve's ear, so by default, what was believed was accepted as truth. This fact led to a gnawing distress within me over time because I continued to have no voice in the dissemination of the information about my own history. I recall arguing with Steve about the title of Metro Man on the Rev-Ola cd. I told him that the song was actually Vietnam, the original acoustic demo, and that Metropolitan Man, or Metro Man, was a completely different song. His response to that was, "Are you sure?"

"Am I sure? Goddamn Steve, I wrote the fucking song, of course I'm sure."

This was what I was up against. A person who believed things that weren't true to the point of arguing with me about their validity. "If this was the case with Steve," I thought, "How much worse would it be with others?"

It was a long time before I found that out. It wasn't until I actually began seeing what was written by others that I understood just how far-fetched and inaccurate it really was. My mother got a computer before I did, so little by little I learned to venture onto the internet and saw for myself what was out there. Biographies written by so called music historians that said things that made me wince. Ads that Rev-Ola/Cherry Red had run as promotion for the cd were almost pure nonsense. They had come up with a version linking the Billboard ads in 1964 to the release of the Chris Lucey album in 1965 which was just plain false. I'd heard variations on this theme from Steve Stanley in earlier conversations, but it wasn't until I read it for myself that I got a sense of how screwed up they really had it.

By 2006-07, my frustration over these things reached the boiling point. I still hadn't heard a word from Joe Foster and still hadn't received a single copy of the cd. The only copy I possessed had been sent to me early on by Steve. In my mind it was like returning to the old days where anger was the single most prominent feature I possessed. An anger born out of a sense of futility, an anger fueled by blatant disregard and lack of fair play. I understood, finally, that there weren't going to be any royalties, no pleasant hellos or respectful conversations. It was just the same old shit, the same old "We got the power and you don't!" After nearly four years of waiting to hear from someone, anyone, and talking endlessly to Steve, I just pretty much had had it. I was convinced that if I didn't do something, nothing was going to change. Those who had been responsible for the album's release had collectively ignored me as if I didn't exist or have a voice in the matter. They presumed, I suppose, that if they didn't speak to me I would somehow disappear back into the woodwork where I'd come from. But in my way of thinking that was the last thing I was going to do. They just hadn't understood at all that fucking me again after 40 years on a record I already got fucked on, might well pose a significant problem for them. They had made the mistake of underestimating my emotional reaction to the reopening of an old wound, a wound that had healed over until they came along and ripped it open.