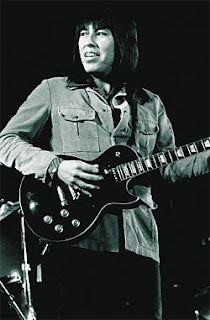 I received information for this post from Jason Odd in Australia, regarding the names of the bass player and drummer that Jesse regularly used on the road during the time period of 1970 to 1974. Those names are Bob Glaub on bass, and Jimmy Karstein on drums. I would like to thank my friend Jason Odd for his knowledge and time regarding this information.
Posted by Bobby Jameson at 5:50 PM 6 comments: