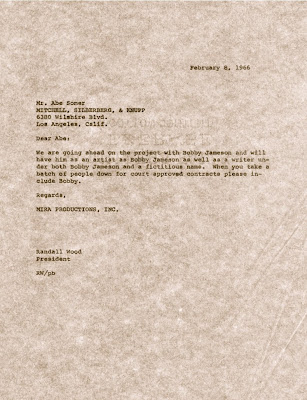 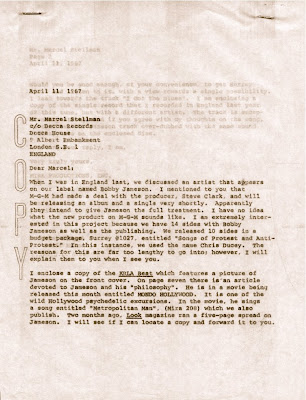 Not until recently, did I learn of how Randy Wood, Betty Chiapetta, and Abe Somer harmed the Verve deal and "Color Him In." It was Phil Turetsky who had his office at Mira, and who was friends with Wood, Chiapetta, and Abe Somer. It was Phil Turetsky who took me from Mira to Steve Clark and Our Productions. I have no way of knowing whether Phil had any knowledge of this or not. It is sad to learn, some 40 years later, that nothing was as it appeared to be in 1966 and 1967.
Posted by Bobby Jameson at 3:56 PM 3 comments: