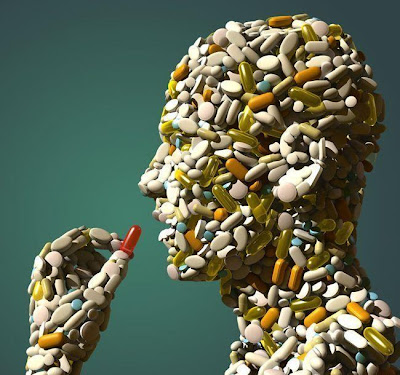 I tried hard to see past where I was, weeks after the altercation with Cohen, but it was no good. It was just another time where money, or more succinctly, not having any, was the major problem in my life.

I had never had any money and now here I was again without a penny. I felt once more like a second class citizen who couldn't pay his rent. The problem had dogged me all my life and had never improved at all.

No matter how many records I made, or songs I wrote, I never made more than a hundred dollars a week, and even that was impossible for me to keep going. I grew up with nothing and I still had nothing.

As a kid, part of my dream was to become a star, and make a lot of money, and buy my mother a nice house. In reality, I barely spoke to my mother and couldn't buy shit. In my eyes I was a complete failure. I had given it my best shot, and it had gone nowhere. By 1972 I was well known as a loser, with a penchant for trouble, and overall I was seen as a bad bet.

I sat on the couch at Gavin's and there was nobody else around. I drank a beer and popped a couple of pills, while looking through notebooks of hand-written lyrics. I had tried for years to create things of value, both musically and lyrically, and although I'd improved, whatever I did always ended up the same way. Bottom line, I was just as far from my goals as I'd ever been, maybe further.

As I sat there reading and thinking, I looked over at four bottles of pills I had on the coffee table. My bed was that couch, so it wasn't unusual for the pill bottles to be there. They were all new prescriptions, given to me by Dr. Ferguson at Edgemont Hospital.

There were four bottles. Thirty pills per bottle. 10 milligram vallium, chloral hydrate, elavil, and triavil. In total, a hundred and twenty pills. I looked at the bottles for a long time, and picked each one up and read the label. The doctor's name, my name, the contents, and what they were used for.

I lit a cigarette and walked over to the sliding glass doors and stared out at the city. I could make out various landmarks here and there, and knew where everything was on Sunset Blvd. below.

I recalled the events in my life for the past eight years, and how they had all turned out. The opportunities and the failures littered the Strip from one end to the other.

I could see the Continental Hotel roof from where I stood, and remembered how it felt looking down at the ground from the eleventh story ledge. I remembered the sheriff's officers pulling me over the wall, and how I'd felt as the they dragged me to safety.

It was like a movie in my head, replaying over and over in vivid detail. The not knowing what I would have done if left to make my own decision that day. But now, at this very moment, I knew for the first time what my decision would have been. I knew that I had wanted to die, and I now believed that it had been the right decision but had not been carried out.

As I stood at the window, I vowed that this time would be different, and that I would succeed in killing myself. "I don't want to do this anymore," I said out loud, "it feels like shit." A sense of excitement ran through me as I realized I had just made the ultimate decision once again.

I walked back over to the coffee table in front of the couch and sat down. I went through the pages of hand-written lyrics again, and selected four of them, which I laid out on the table in a nice neat row. I picked up the four pill bottles and emptied their contents into a pile in front of me. "Man," I said, "that's a lot of pills."

I stood up and walked into the kitchen and got the biggest glass I could find and filled it with vodka and water. I walked back into the living room and sat down staring at the pile of pills on the coffee table in front of me. I asked myself what I was doing and said, "I'm going to kill myself."

I heard the sound of my own voice saying, "I'm going to kill myself." I asked if that's what I really wanted to do and said, "Yes! "I'm tired of being alive and feeling like shit all the time. I'm tired of watching everything go wrong. Everything always goes wrong."

I looked down at the pile again, and started picking up pills and putting them in my mouth. A few at a time, and then take a drink and swallow them. Pick up some more, put them in my mouth, and take another drink, etc.

I started thinking how Goddamn hard it was to take this many pills and get them all down. I just kept at it. Pick some up and shove um into my mouth, take a drink and swallow. Over and over and over, until the pile was gone.

I stood up and walked around a bit, thinking about what I had just done. Doing it was different than thinking about it. Now I'd really done it, and all of a sudden I wondered if I'd made a mistake. I began to panic, but then said out loud, "No, it's OK! I meant to do this. It's OK! I did it on purpose."

I calmed right down, and walked over to the big sliding glass doors again that opened onto a long wooden deck along the back of the house that overlooked the Sunset Strip. I took one last look at my city. The city that had beat me to death, literally.

I started talking out loud. I said, "God, I took enough pills to kill me. You know it and I know it." It wasn't unusual for me to talk to God. I'd been doing it for a long time. I had believed at one time that He had been with me, back when I'd first started with Tony Alamo.

I had always felt peculiar as a child, as if I were destined for something out of the ordinary. I had believed God picked me for something, and that what I did with music was part of it. But as the years passed, I watched my belief shatter too many times in calamity after calamity.

Now in the living room at Gavin's, I continued talking to God. I was angry. I felt as though He'd abandoned me, and this was my moment of challenging Him. My own decision of personal crucifixion.

"If I die I guess it doesn't matter. If I don't, it will be because you won't let me die. It will mean there is something you want me to do. It's now in your hands, I quit." With that, I walked back to the couch and sat down. I felt the warmth of the sunlight on the back of my head and shoulders.

I looked at the pages I had placed on the table. I picked up the pill bottles and lined them up in a little row like tin soldiers and stared at them for awhile. I arranged everything the way I wanted and then leaned back into the couch and waited. I recall just before blacking out that I felt like I was enveloped by a wave of peace.
Posted by Bobby Jameson at 11:12 PM 5 comments: