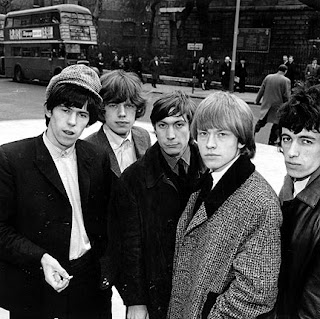 Peter Caine finally came up with a guy named Lee Karsian, who worked at Ashley Famous Artists. Lee was extremely interested in becoming involved, and had contacts in London who he notified about the Andrew Loog Oldham offer. Once the people in London were satisfied the letter I had received was indeed legitimate, they agreed to finance me coming to London.

They arranged pretty much everything and I assume, because I have never known, that they were in for some sort of piece of the action, believing it was a sure fire arrangement with a substantial benefit for them in the long run. Once again, no one ever brought me a contract to sign or told me any of the details of the arrangement to get me to England. Honestly I never asked because I just wanted away from Tony Alamo. It wasn't important to me at the time, how I got there, it was that I got out of California and as far from Tony as I could.

That's why I went to England. Most people thought, and I guess still think, that it was a big opportunity for me to go there and record with Mick Jagger. But what they don't know is that by me going to England at that time, I killed my career in America. My record "I'm So Lonely" was left to die when I vanished, and I do mean vanished. No one knew where I went except the small number of people who were involved with getting me there. It wasn't until I released a record in England that anyone really knew what had happened to me.

Possibly no one cared one way or another, except for Tony. Peter Caine, Lee Karsian, and I boarded a Plane at LAX and my life changed again. It was still the year 1964, and I had already gone from no one to someone, and now I was on my way to England to do something I had never intended to do. It would have been one thing to go there because my record was doing well, but that was not the case. I was basically starting from scratch in a foreign country and had no idea of what to expect when I got there.

I barely knew Lee, and Peter kept assuring me that it would all be OK when I got to London and met Andrew Oldham. I remember it took a long time to fly to England, a lot longer than I'd imagined. It was the middle of the night and I stared out the window at the lights on the wing and listened to the engines hum out over the Atlantic Ocean. It was an eery feeling being up there at 19, wondering how it was going to turn out. I thought about Tony and all that we had done together, and wished he hadn't screwed it all up. I felt kind of scared and alone, but I was glad that Peter was with me, because I knew he wasn't going to let anything get out of hand along as he was there to keep an eye on things. He and Lee seemed to hit it off from the start and that made things run pretty smooth.

We started the landing approach and I gazed out the window at the yellow lights all over. Lee said that they used yellow lights because of the fog in London, and I said, "Oh yeah, the London fog. I remember that. They gotta lot of fog here in England." I was like a tourist making comments. We were met at the airport by some people and there were no crowds and no cameras. Just a few of Lee's associates and a driver who took us in to Knightsbridge, I believe, and dumped us at what I remember as being an Inn or Bed And Breakfast kind of a place.

It was dark, damp, and cold, and everything looked old and tired. I wasn't too sure what I'd gotten myself into, but it was a long way from California and Tony Alamo and that made it tolerable. The next day was like coming to after a bad drunk. All that time on the airplane, and the times were all changed around, so I started off confused and stayed that way for days. I knew I was going to meet Andrew Oldham and I didn't feel too good. The jet lag and different surroundings played havoc with my brain, but I used what I'd learned on the road and just moved forward through the day. Peter and Lee weren't doing much better, and I think that helped because we started joking about how screwed up we all were and got a good laugh out of it.
Posted by Bobby Jameson at 11:11 PM No comments: