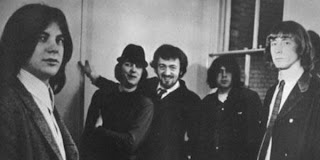 I remember feeling as scared as I have ever felt. I had never been in the situation I found myself, that night in London, in 1964. I was absolutely on my own and did not know what I was going to do. The guilt from hitting Lois was overwhelming, while at the same time the anger at her for attacking me after shacking up with some playboy mogul for a couple of weeks was real.

I went back and forth for hours until I'd worked myself into a frenzy of confusion and fear. I had no money to speak of and had nothing going in the way of any business contacts or opportunities. I had always relied on others to do the business while I concentrated on the music. Even though the people I'd trusted had pretty well made a mess out of things, I still wished there was someone who could take the reins and guide me in the right direction.

As I sat alone that night I thought I was going to lose my mind. I went and got a drink of scotch from a bottle we kept around and poured a big glass half full. This was to change my life, though at the time I didn't know it. I was just trying to calm down and gain some sort of control over myself.

As the alcohol began to take effect I found myself begin to think more clearly and rationally. I began to formulate a plan in my head about what I could do to help rectify my crumbling situation. First, I thought, pull yourself together and act like somebody who knows what they're doing. I went and took a shower, washed my hair, and dressed to go to the "Ad Lib Club."

"I was a Goddamned pop star," I thought, and I was going to Goddamn well act like one and look like one. Honestly, it was all I knew how to do. Kinda like a good whore dressing up to do business. In essence, I was a good little "pop whore." I have nothing but admiration for whores by the way, because I am one. I looked at myself in the mirror in the living room of my flat, which was full length, and I looked good. I looked like a "pop star."

I finished my drink and headed for the street to hail a cab and go sell myself to the highest bidder. That was my plan! To present myself at the "Ab Lib Club" and circulate the message that I was looking for new representation and a new record deal. That night started a long time trend for me called "have a drink and make a new deal." I became a professional at starting over and over and over. In fact I'm currently doing it again.

As I milled through the crowd at the "Ab Lib" I looked for familiar faces as a form of anchor for my still newly fractured reality of being alone and unemployed. I ordered a drink, because I wasn't about to let the fear from earlier that night get a hold on me again. Alcohol was clearly my friend and ally.

I ran into the band "The Pretty Things" along with some of their management, and made it clear to them that I was seeking a new deal. They were interested right off and said so quite clearly. I felt as though they were an ace in the hole for me, and it relieved some of the pressure I'd been feeling. But remember! I said, "I was a whore!" and like a good one, I was gonna keep on lining up interested clients as long as I could.

Even though I'd been abandoned by everyone I'd started out with, it didn't mean that there wasn't significant interest in me as an artist. Like it or not, I was very well known in London at the time, and in the world of celebrity that counted for a lot. "The Pretty Things" management were no fools. They recognized the potential and voiced their opinion quickly. I have always remembered them with great fondness for that. 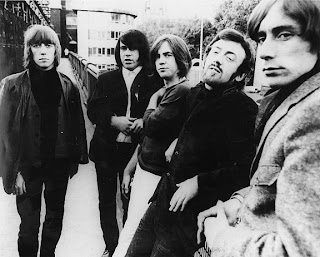