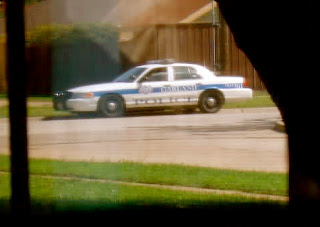 In posting the mercy church section 261, I thought it a good example of an attitude exhibited by some in this community. For me, it is a stark reminder of the ever-growing and cumulative effect of evangelical christianity being woven into the fabric of the social, business, and governmental environment of San Luis Obispo County.

Almost immediately after posting this, I was besieged by members of other local christian churches saying that mercy church is a cult, to which I responded, "No shit!" But to me it is like the pot calling the kettle a cult, much like the Baptist pastor saying that Mormonism is a cult.

This is about people who have chosen a belief system that in their mind allows, if not demands, that they judge anything and everything by their own personal take on acceptability and unacceptability according to their church and its doctrine. It is this kind of logic, or lack thereof, that creates a hostile atmosphere for those whose names are not present on the evangelical rosters of local officialdom.

For all of the time I have lived on the central coast, from 1985 until now, I have rarely felt like I belonged here or was welcome here. It has been more like standing firm against the enemy than enjoying my life in paradise. In 1987, I was surrounded at gunpoint in the middle of Grand Ave. in Grover City by six police cars. To the onlooker it appeared that the local cops had snagged a major criminal in broad daylight on the streets of their fair city. In truth I was stopped and jailed for the misdemeanor crime of indecent exposure within the confines of my own house, which I was later convicted of by a jury of my so-called peers, and where my mother, who was a key witness, was not allowed to testify in my behalf.

The line drawn in the sand by this event is more than an indication of the "in your face" willingness by the locals to make use of all that they had at their disposal, to clarify their will in the minds of undesirables such as myself. Rather than "put me in my place," this event signaled to me the necessity for careful calculation in appraising exactly what I was up against.

I was warned repeatedly, at my home, by uniformed officers, that their desire was to see me put in CMC, a major California prison located in San Luis Obispo. This was not a vague threat, it was said to me directly in the driveway of my home after I refused to move out of my house at their request. In furtherance of their overt harassment, they took to parking a police car out in front of my house on multiple occasions. When I finally had had it with their blatant attempts to intimidate me, I called the police station and angrily demanded that they come over and arrest me, or "move that fucking police car away from my house!" It was a game of who's gonna blink first. 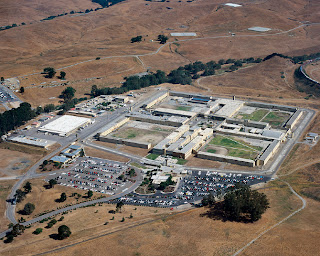 I knew I was in a war of wills, but I also knew they had nothing they could charge me with. If they wanted to arrest me for yelling at them on the phone, so be it. If they wanted to make something up, go ahead. It was a standoff of sorts, and they knew it. They learned that I was not going to buckle, no matter what they did. To get rid of me was going to take an invention of a crime, and the question became, "Just how far were they willing to go?"
Posted by Bobby Jameson at 9:15 PM No comments: