(part 264) MODERATORS OF DECENCY AND PROGRESS 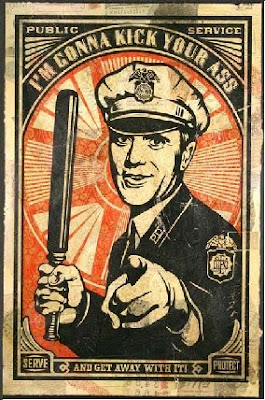 In 1987 I was no longer The person I had been in L.A., London, New York City, or even Nashville. Almost no one on the central coast knew anything about my past in the music business. That shield was gone, and I was, for the first time since 1963, just another person in a town of run of the mill persons. I became acutely aware of what it is like to be average. Whereas once I had been a somebody of sorts I was now just a full-fledged nobody, and if you think I'm overstating it, you ought to try it sometime.

The average-joe syndrome is a mighty leveler in small-town USA. My past had been riddled with small-town thinking from back in my Arizona days, when I was scoffed at by friends for believing I had something to give to the world of music. In Grover City, CA., I was reunited, in spades, with the any-town USA sledge hammer of nationalistic yahooism and religious zealotry as it was spoon fed to me with a shovel.

It would be difficult at best for some to understand the absolute shock to the system that this was, unless they were clear on where my past had actually taken me. But for those who insist that I was always a nobody, they, I'm sure, will frame what I am talking about here as no more than me being forced to grow up and admit the truth to myself.

The history of a person, any person, is their history. It cannot be altered simply because others don't want to believe it. Collectively, people can rob a person of that history publicly to some degree, but the reality is, a person's history will always belong to them. The altering, and/or rewriting of an individual's experiences, is a technique devised and used by some to steal a person's identity and recreate that person in an image preferable to the thieves.

Threats of physical violence and incarceration, along with collective community shunning of a group or individual, are techniques designed for the purpose of ridding and/or controlling a different group or individual by those who fancy themselves in authority over others. This is what I encountered, and still do, on the central coast of California. It is a tactic of dismissing and rebuking those looked down on, or disagreed with, and a practice as old as the country itself. It has been used repeatedly, since our inception, to relegate some into obscurity, for the benefit of others. It is our history as a nation, and cannot be altered as our history, by simply sugar coating it, lying about it, dismissing it, or rewriting it.

I am who I am, not because I say so, but because of what my life experiences have been in reality. I endeavor to put forth the facts as they actually exist, irrespective of what they paint, good or bad, as a portrait of the human person known as Bobby Jameson. It matters not a whit to me, whether some are bothered by what I say here, because what I say here is my attempt to be as forthcoming as I possibly can. No one is completely clean or completely unclean. No one escapes the truth, whatever it is, in the long run. We are all subject to failures and successes in our lifetimes.

My encounters with human beings are my encounters, not yours. My decisions and consequences are mine whether you like them, believe them, or agree with them. What I did, and do, has nothing to do with you, other than I am here sharing it with you. For individuals to become so involved with my work here that it causes them to make contact with me and demean or threaten me is exemplary as a model of what I'm talking about.

In short, I am saying that there are people in this country who will use any and all means to make their little communities splendid, but only splendid for the chosen ones, and it is the chosen ones who decide that they are chosen. They proclaim their own righteousness, while having little, and abuse the system to their own benefit. What I say here is going on all over the country, as well as the rest of the world. People, fed up with the authoritarian ass-whipping handed out by the so-called moderators of decency and progress. There is nothing decent or progressive about it, and the tide is shifting...