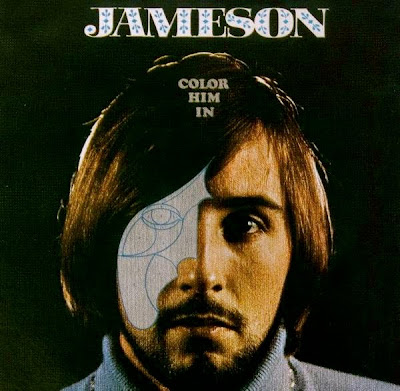 Steve Clark was one of the funniest guys I ever met. He was also an alcoholic and a gambler. The fact that he had some success with a number of hit records allowed him to pursue his habits openly. No one really questions you when you're doing well.

When Steve agreed to pay me a $100 a week, it was for song writing. I became a Since Music writer and that's what I got a weekly sum of money for. Since Music was the name of Steve's publishing company at the time, and I wrote a lot of songs for him. All of what's on "Color Him In" is listed with BMI as published by Since Music, which is now defunct, and Steve Clark is dead.

I learned to drink on a daily basis with Steve, I mean really drink. He would drink at lunch in a place called "The Room At The Top" which was on the very top of the tower on Vine and Sunset, where Our Productions and Since Music had their offices. I hung out a lot with Steve so if he drank I drank. It wasn't like he set out to make me an alcoholic, he just drank a lot and so I drank with him. At the end of the day it was back up to "The Room At The Top" for cocktails and snacks. We did this every day, 5 days a week, for a couple of years.

As you can see I had two distinctly different relationships going with two entirely different kinds of people. Curt on the one hand, who was gentle and creative, and Steve on the other who was a heavy weight drinker and all business. This paradox of personalities placed me directly in the middle of a strange tug of war that, at times, caused me great confusion. I was still only 20 years old when I entered into the world of Curt Boettcher and Steve Clark and was about to learn a whole lot of stuff about a whole lot of things.

One of the high points of my life was coming in contact with certain musicians that played on "Color Him In." Jerry Scheff, who is one of the world's great bass players, was on "Color Him In" and a number of other recordings I made. He was one of the very best human beings I ever met in my life and that never changed.

Ben Benay, a world class guitar player for all time, was another who did all the tracks on the album. I have worked on more records with Ben Benay over the years than any other musician I have ever known. Mike Henderson played sax and did some keyboard work on a lot of the album. Toxi French, drums. Jim troxell, drums. Mike Deasy, guitar. Butch Parker, piano and an assortment of instruments. Jim Bell, oboe, horns, and vocals. Michele O'Malley, vocals. Lee Mallory, guitar and vocals, and of course Curt who arranged everything, and played a slew of instruments. He put together all the background harmonies and basically ran the show.

The choice of songs used on the album was for the most part up to me and Curt, but there was input from Steve and others if they had any strong views on songs and/or arrangements. In a lot of ways it was pretty democratic when you get right down to it. These people all had a say if they felt strongly about something involving the making of this record.

For example, "I Love You More Than You Know" was a good doo wop song. Everybody liked it and liked playing on it so it ended up on the album. "Candy Colored Dragon" is a lot like Curt, like a child who was visiting dreamland. Curt was "Peter Pan."

If you listen to the cut "Right By My Side" you can hear the track playing backwards in part of the song. This was something Curt and I borrowed from The Beatles and used on that track.

"The New Age" is a song I fought to put on the album against everybody's advice, and if you listen to my vocal you will notice that I have copied Arthur Lee's vocal style from Love's recording of "Little Red Book." That was the only time I borrowed from Love and I am proud of it. This is also the only song on "Color Him In" that I arranged and produced.

"Do You Believe In Yesterday" is another one of the LSD inspired tunes that arose out of Universal questions of life and death. "Do you believe in yesterday and everything she gave you? Do you believe that anything can ever really save you from dying?" Again, this album was inspired, rightly or wrongly, by the questions raised by the era of the 60's.

Everything was being questioned all of the time. The war in Vietnam. The social structure of the entire country, and for that matter, the whole world. Sex was accepted by the young as a good thing, as opposed to going to Vietnam and killing people or getting killed.

I have read on the internet where people have made fun of what was printed on the back cover of "Color Him In." They said how foolish it sounded to say that "My music is where I have been, what I have seen, how I feel, and who I am." But I'll tell you that was the truth for me. It was where I'd been, what I'd seen, how I felt, and who I was in 1966-67.