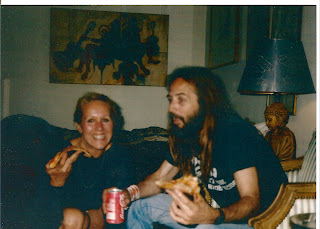 When they arrived at UCLA emergency I was found to have the most minimal brain wave possible, and still measure, and was admitted imediately.
Posted by Bobby Jameson at 8:49 PM 3 comments: