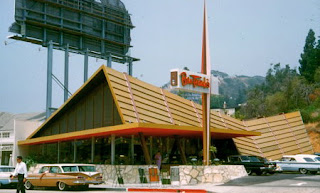 I boarded the plane at London's Heathrow Airport and looked out the window at England for the last time. There wasn't anyone to see me off, and no one was waiting for me back in America. Other than looking like a "pop star" I was again the boy from Tucson, Arizona via Geneva, Illinois, who played songs he wrote on a guitar in his bedroom.

I was leaving with nothing more than 2 failed records and 2 dismal British TV appearances. I was the has been that never was. The big hype! Mr. publicity and not much else. It was a strange feeling to have done what I had for the past year and a half and to now be leaving as if nothing had ever happened.

I had no idea at 20 years old what this all meant. I had no money, other than about $20, and no plan for what to do when I got back to the U.S. No one on earth knew where I was at that moment, and most likely didn't care, with the exception of my own family who didn't know either. I hadn't called anyone and asked for help, because I was too ashamed to.

I believed they thought I was doing great so I couldn't tell them I was coming back a failure. The use of the word failure has caused some people to scold me after having read what I have written. But "failure" is what I was. I hadn't succeeded at getting anywhere. I had just made a lot of noise, and got my picture taken, and my name printed. There was no hit record, no money, and no anything else.

Hell I couldn't even find someone to take me to the airport. So if the word "failure" is out of place I'd like to know what else to put in as it's replacement? I had not succeeded. Where I come from that is known as failing. I also learned "If at first you don't succeed, try, try again." I had every intention of trying again.

I didn't exactly know how at that moment, but I believed that Bobby Jameson would come up with something just like he always had. It was like some sort of magic with me. Something I couldn't explain, but something that I relied on no matter what the conditions around me looked like.

I landed in New York City many hours later and got off the plane. I had a layover until my flight to LA so I was put up for the night in The Americana Hotel. After getting my room straight, I went down to the bar to try and get a drink. People stared at me because I looked the way I did and they thought, well you get it, they thought what they thought. I was dressed in a suit so I looked pretty good and had no trouble getting a drink at the bar. I was 20 years old but no one asked me for any ID.

I was standing at the bar by myself when two couples started watching me and whispering to each other. They'd look over at me and then laugh. I guessed at what they were saying, and eventually they came over to where I was and one of the guys said, "You're one of them aren't You?" "One of who?" I asked, "Oh come on now," said the guy, "we know who you are."

I started to correct him and say he'd made a mistake, but stopped because he wanted to buy me a drink. Hell, I didn't have any money and I wanted to drink, so I said "OK!" I'd been speaking with more of an accent than I'd realized from living in England for nearly a year, and coupled with the way I looked, they'd mistaken me for one of The Beatles.

We were all getting along famously, but as I drank my southwestern accent began to emerge. All of a sudden this guy starts accusing me of being a liar and tricking all of them into believing that I was somebody that I wasn't. It didn't do any good for me to explain. They were just pissed off and insulted that I'd duped them into believing something that wasn't true.

The following day my plane landed in Los Angeles. I arrived at LAX with zero fan fare. Nothing! No one to pick me up and no one to say hello. I will never forget it. Just the sense of aloneness, like I didn't exist. Just another body pushing along through the nameless crowd to I didn't know where.

I took a bus transport to the Hollywood Roosevelt Hotel for $3, it was all I could afford. I wasn't going to stay at the hotel, it was just the closest place to Sunset Blvd. where the bus stopped. Once there I got a taxi cab, another 3 bucks, to Ben Franks on the Sunset Strip near La Cienega Blvd.

I got out of the cab and told the guy driving I was broke and couldn't tip him while I paid the fare. He was a black guy and told me not to worry about it, that he understood. I watched him pull away and then turned to look at Ben Franks. I had no money and no where to go. I had no one I could call and no plans. I was just there, standing like a statue, in the parking lot of that coffee shop. I didn't know what I was going to do or where I was going to sleep that night. I just stood there and didn't move for a long time.....
Posted by Bobby Jameson at 10:39 PM 7 comments: 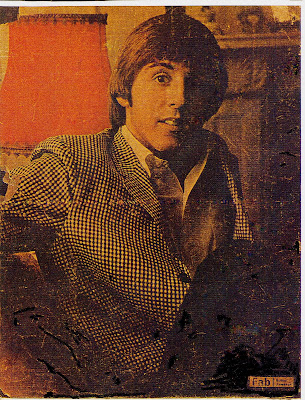 click
Posted by Bobby Jameson at 10:39 PM No comments: