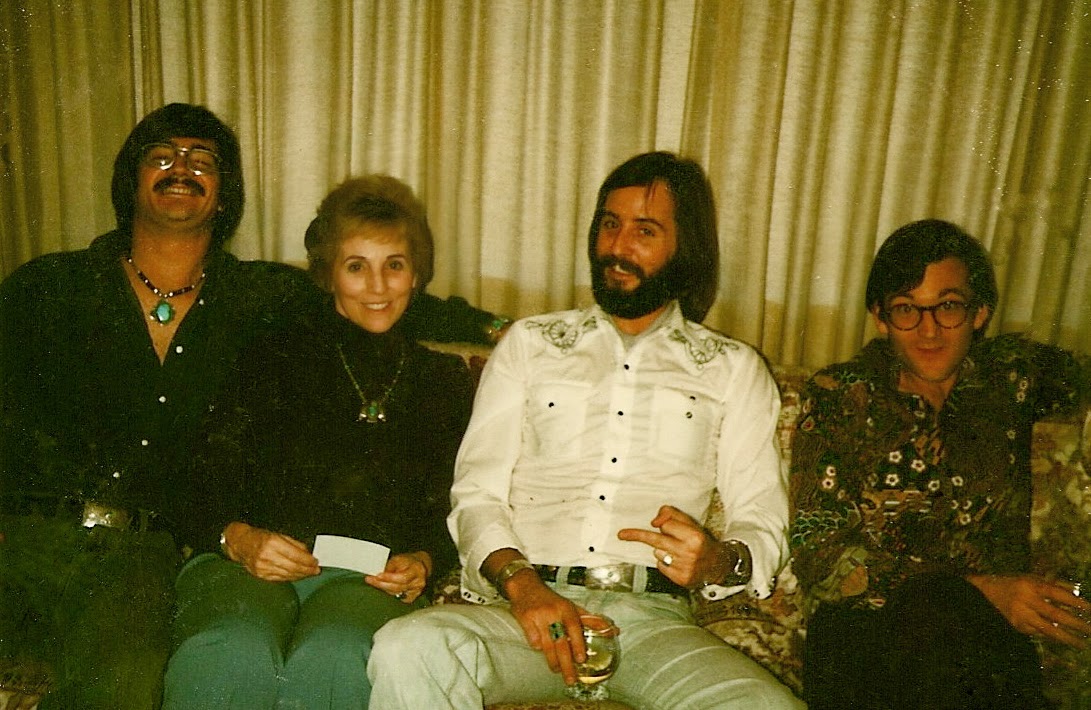 my brother quentin, my mother, me, and bill


Don't get me wrong. I've met some people online I truly like, and respect, in the virtual sense of the word. But at times I find myself so alone at this computer that it makes me numb. The occasional glimpse into the reality of, where I am and why, is devastating to the point of tears and anger. If my health were better I can easily see that life, my life, would not be as constricted as it has been, and continues to be. Only a short while ago I had the daily arrival of my brother Bill, and the 24-hour companionship of my mother. We all had a great deal to share with each other, and we were all artists, so we had that in common too. Bill's drawings, and my mother's writing and painting, fit right in with my work on this blog for the last seven or eight years. The loss of both of them, one after the other, in a matter of months, completely altered my life.

The daily knowledge, that there is, or shortly will be, someone to communicate with is gone. The habit of it is not. The need of it is not gone. Like a pulse, it taps out, clickity click, it's old familiar rhythm as before. As I walk through the house I am confronted with all of their things daily. I am glad I have their things. It gives me a feeling of connection to them, a sense of continuance with them. My brother's art work, and writing, of which there is a great deal, and my mother's work as well. I look through it, read it, handle it, and feel their presence. I talk to them as if they were still here, and remember moments with them and smile. The little things. The human things. They keep me honest, and I proceed on as they would want me to, expect me to do.

So the computer, and my ability to make use of the virtual world, to capture in history, the work of this family, and their collective personalities, I see as a good thing. A thing that would not have been possible without the online connections I have at my disposal. It is that capacity that I am grateful for, and make use of constantly, or whenever the mood strikes me. No one knew of my brother Bill's artwork, outside of a handful of people, until I began posting it on facebook.   Bill Jameson Art
As well, my mother, and her varied array of interests, and talents, were not known either, until I began posting her work on facebook. Her surprise, as well as my brother Bill's, at the response to their work was heartwarming as hell to be honest. They had never had so much attention and praise as they received from that simple act of letting people see their work.  my mother's art
I am glad I did it while they were here, so I could witness their childlike responses to the acceptance they received from strangers. The work they both did, all of their lives, was for the most part hidden away from the world, and both of them were timid about how it, and how they, were viewed by human beings throughout their lives. Neither of them had ever experienced any kind of real acceptance, as artists, until the work itself was available for people to see.

So for me, the world of online reality, or unreality, is a mixed blessing for sure. It allows for certain things perfectly, while at the same time, disallows, the deep satisfaction of real companionship and personal connection. No matter how hard I try to connect with people there is always that ever present void between us, of time and space. A separation that cannot be denied, or overcome, without real personal contact.