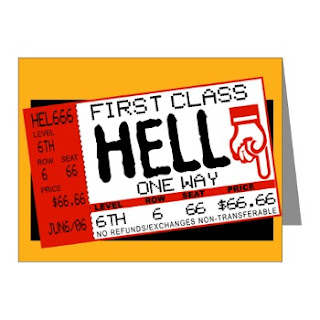 As you read what I am writing here, try and remember that these are my opinions only. They are recollections of experiences I had in AA thirty five years ago and in no way represent anyone other than me, and do not attempt to speak for anyone else's experience or opinion of Alcoholics Anonymous. My experience is mine alone, and my opinions are nothing more than my opinions.

As badly as I'd been beaten by alcohol and drugs, I still had not been beaten enough to formulate the necessary willingness to accept AA as a way of life. My stubborn ego was still too inflated to surrender to the simple reality that drugs and alcohol had beaten me into a bloody pulp.

I turned away from Alcoholics Anonymous, in an attempt to drink in a controlled manner, which was of course destined to take me even further into darkness and to a new bottom.

I'd fooled myself into believing that if I put my mind to it I could drink responsibly and control my own behavior. This brave and totally insane idea is a hallmark myth of alcoholic thinking, and has maimed and killed many.

After some months of deluding myself in this manner, I was back in AA again, admitting that I could not control my drinking and using, no matter how hard I tried.

The saying "One is too many and a thousand not enough" took on new meaning for me as I bitterly admitted to my own defeat. This, in fact, was a real breakthrough for me in my own false belief about self sufficiency and ego-driven logic.

Willingness to accept defeat, and admit I could not drink and use successfully, was slowly and painfully being taught to me in the harshest of ways. My obvious problems with AA were centered around key issues.

The 12 step program is laid out simply and directly in the book Alcoholics Anonymous. My problem was I had heard about the program via individual member's opinions, rather than getting to know about the program directly from the text of the book.

The nuts and bolts of Alcoholics Anonymous is the literal first hand experience of the original one hundred sober alcoholics. It worked then, and continues to work to this day.

Opinions about the program from individual members are just that, opinions, nothing more! Until I could get the program into my head, by way of the instructions in the book, I was like a boat in a storm crashing into various rocks in the ocean.

Of course at the time I did not know this, so I blindly careened off one opinion after another, regarding what I should do and how I was to do it.

I had heard about the steps, but knew little about them or how they applied to my life. I knew about the book, but had no understanding of what it said within it's pages.

In other words, I was getting, or not getting, the program from a second hand source. I was not taking responsibility for my own recovery and progress, which I'd unwittingly assigned, or given, to any other person available other than me. I could then blame someone else for my failures, which were ongoing.

During this second attempt at getting clean and sober, I was informed by Carol Paulus's cleaning lady that she had seen my picture on television on the program "Suspects Wanted."

This startling revelation threw me into a panic when I realized that the lawyer I'd given $300 to, for the purpose of handling my legal problems in Nashville, had done absolutely nothing about it.

I ended up on "Suspects Wanted" because it was assumed by the Nashville authorities that I was in flight to avoid prosecution of a felony, which was not the case.

Anything of a positive nature I'd come to believe about AA went out the window with this new problem, and I railed, "that if this was what I could expect from the trusted members of AA, than the hell with it."

In my mind this was the last straw. I could not believe that a staunch member of the program would take my money, and then fail completely to do what was necessary for his client, even if that client happened to be me.

I borrowed more money from another member of the program to buy an airplane ticket back to Nashville to turn myself in. I was sober, but completely unsure of what to expect, and feared that I would be sentenced from two to ten years in Tenn. State Prison for sales of narcotics.

As my benefactor reluctantly handed me the money to buy my plane ticket, he told me to stay sober and trust God, which I assured him I would, but on the plane I gave into my fear and trepidation and ordered a scotch, and then another, and another.

I had succumbed once more to the old friendship in a bottle to cope with what life seemed to endlessly hurl at me. I did not possess the necessary faith to believe that the current crisis could be worked out in my favor, and so I chose my old ways over anything new.

I stared out the window at the sky wondering if anything would ever go right in my life.
Posted by Bobby Jameson at 9:08 PM 1 comment: