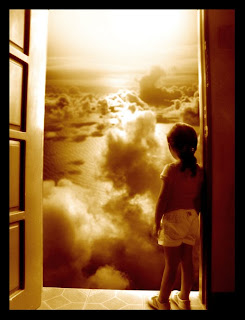 For me, music had always been the way I'd defined myself in and to the world. The music was just something that happened inside me, even when I wasn't paying attention to it. It would create itself and then force me to listen to it.

Like an excited child running around the yard playing, it existed as a thing no matter what I did. The joining of the expression of music, to the business of music, was the bastardization of the process.

It had become mangled by the havoc wreaked on it by the devious nature of the music business and creation for profit and loss.

It had ceased to be an expression of itself and had become a slave to the fickle nature of a fool's choice of commercialism; "fuck the music if it don't sell!"

This god-awful crap hole had been my home, both drunk and sober, for over twenty years by 1984, and had beat me into a form of submission that I despised.

I had become addicted to the process of twisting creation into a designated design put forth by the whims of idiots, assholes, and Billboard's top 100.

I had succumbed to the belief that things like Grammy Awards represented the entire strata of music's value and true worth.

This diabolical self-inflicted blindness and deafness was in charge of my entire psyche where music was concerned, by this point. I could not detach the one from the other.

It was a sickness I had acquired as a teenager, and had, over time, honed into a razor sharp blade that I had finally plunged into my own heart and soul.

The very thing that had lifted me up into the heavens had now broken my wings and sent me hurling to the hard earth. It had cast me into darkness and had left me there alone.

That is where I was in 84, alone. Try as I might to engage anyone, such as DJ, I could not. She tried to get me to move up to Northern California and stay with her, but I could not.

I even drove up there to her place with the intention of staying, but after no more than a few hours burst into tears, saying, "I can't do it, I just don't know how anymore."

I put what little I had back into my car and drove away leaving her there to wonder at this strange person called- Bobby Jameson.

I stared at my eyes in the rearview mirror and cried for miles, unsure of where I was going and what I would do.

But true to my addictive nature I returned to Los Angeles, the world's capitol for the slaughter of children with dreams.

I did not know what to do or where I belonged. L.A. was all I knew. For me it had been my life as well as my death. For me it was home, even though I had no home there...It was the town.
Posted by Bobby Jameson at 2:56 PM 1 comment: