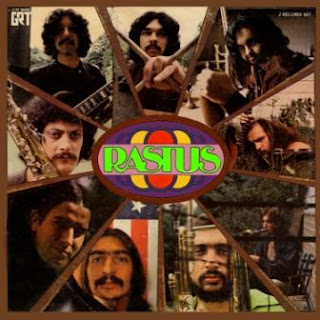 I stood in the Mayfair Market parking lot staring at the telephone receiver in my hand, unable to move. My dream of finally reuniting with my father was gone forever in the twinkling of an eye. Again, the tyranny of reality crushed all hope of a better life for me with the news of my father's suicide only months after Diane's death.

I'd convinced Nancy to leave me for fear she would have followed me down into hell and died. I cared about her in a way that I have never cared for another human being. I was unwilling to stand by and watch her accompany me into the abyss. To this day I know I did the right thing even though it left me completely alone.

Another friend of mine from "The Strip," Geno Danello, cut his wrists and bled to death in an abandoned building on Sunset Blvd. during this same period. I was surrounded by death, and had decided it was just a matter of time for me as well. I started telling people "like father like son" in a grim determination to accept my own fate.

As far as I was concerned, it was inevitable that I would commit suicide, and end what had become my life of repeated failures and shortcomings. I stopped eating, and drank all the time, except when I passed out. I consumed about a half a gallon of cheap scotch a day, which cost about ten dollars.

I kept doing enough to stay in the apartment and buy the booze. It was one of the darkest periods of my life, but it didn't kill me. I learned just how hard it is to starve and drink yourself to death, during that period, and I chalked it up to another one of my failures.

At one point I went up to Palo Alto on a bus to see my mother, who was in a state of deep depression because of Bill Jameson's suicide. As well, a cousin of hers had a son who'd been murdered. The shape I was in didn't help matters. While I was there, I had to check her in to a mental health facility, because she was in such a bad way.

No matter where I turned, I could not find any help for myself, which just pushed me further into darkness. After doing some crystal meth with my younger brother Quentin, I went back to L. A. and the apartment on Sweetzer, and continued on with my black journey downward.

Some time in 1970 I went up to the 9000 building, where GRT Records had an office, and got Ron Cramer to see me. I went there in a desperate attempt to beg for money for my album "Working." I was pretty well gone, and had a hard time making myself go there to begin with.

During an all night bout of drinking, I'd shaved my head after reading a science fiction novel called "Stranger In A Strange Land" by Robert Heinlein. I didn't remember doing it when I woke up the next day, so when I went to the bathroom I caught a glimpse of myself in the mirror as I walked in.

"Jesus Christ!" I exclaimed, as I stood there looking at my completely bald head in the mirror. I could not believe how bad I looked as I stood there in near shock. I was so thin anyway, that with my hair gone, I looked like a pencil with eyes standing on it's tip.

Anyway, when I went to GRT Records, I was completely self conscious about the way I looked, and kept waiting for someone to say, "Man what did you do to yourself?" It was during that visit to GRT that I met John Rhys, who was producing an album with a group from Cleveland called Rastus, whose album would eventually be released on GRT.

For some reason John took a liking to me and invited me out to a studio in the valley where he was mixing part of the Rastus album. He said he was going back to Cleveland in a couple of weeks to finish work on the album and told me I was welcome to go back with him if I was interested.

I jumped at the chance to get out of L.A. and said, "Yeah, I'll go, I'll go anywhere at this point." That statement was true as true could be. The vibes in Hollywood sucked and I wanted away from the whole stinking mess, so I said "Yeah John, I'll go, I'd like to go."
Posted by Bobby Jameson at 5:07 PM No comments: