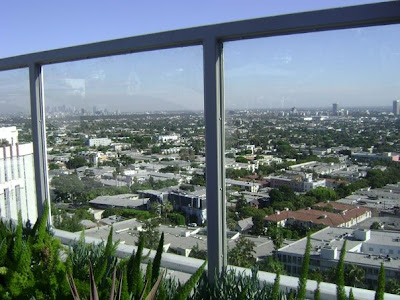 I had to pull myself up to the lower bar, like a chin-up, and then drag my entire body up into the steel framework. There was nothing to put my feet on for leverage, so I was stuck with what I just described, as my only way out of this mess. I kept looking at the fasteners on the wall and watched them moving in the soft stucco.
Posted by Bobby Jameson at 9:31 PM 4 comments: