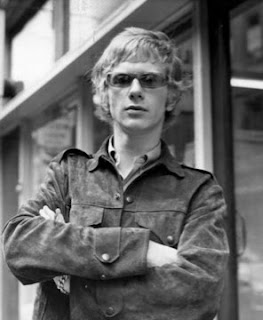 The day was grey and drizzling. I remember it being like that most of the time I was in England, just cold and damp. For a kid from Southern California and Arizona this was a big change. It colored everything I did there whether I knew it or not at the time. Peter, Lee, and I ventured out into the city in one of those famous black cabs that forever roam the streets of London.

We did a little sight seeing and tried our hand at English food which was a shock in itself. I finally learned about Whimpy Burgers, but not soon enough. This was not like the US where you could always find some place that had something you liked. It was a whole new ball game and most of the time a poor experience.

I don't remember exactly where we were when this happened, maybe Picadilly Circus, but a brand new 1964 Chevrolet drove up and everybody on the street stopped to look at it. They were gawking like it was the rarest thing they'd ever seen. While they stared at the car we stared at them. It seemed to me that whoever was driving had just parked in the middle of the street and gotten out.

He was a young guy, maybe early 20's, when all of a sudden I heard, "Bobby! Bobby Jameson, is that you Mate?" I figured out quickly enough that it was Andrew Oldham. "Yeah it's me, you must be Andrew?" I said, as he approached. "What an accent," he replied. That was something I had to get used to. Everywhere I went people would comment on my accent which was quite strange at first.

"I didn't have an accent," I thought, "they did." "Alright!" said Andrew, "Well let's get you out of the road so we can be properly introduced." We all piled in the Chevy and headed out into traffic. Everything was going the wrong way it seemed and was just something else I'd have to get used to.

"Where'd you get this Chevrolet, Andrew?" I asked, "I'd of thought you'd be driving a Rolls Royce or something?" He said he used to have a British sedan, but when he got the American Chevrolet it was like nothing he'd ever imagined. "People go wild over it," he said, "everywhere I go." Man did he like that car.

I looked out the window, at London zipping by, while Peter and Lee talked to Andrew about the schedule and what to expect in the next few days. I was tired from the long flight and my sense of direction was nonexistent. I couldn't figure out where we were or where we were going. It always seemed like we were moving in circles.

After an hour or so of driving around London and getting acquainted, Andrew dropped us off at our hotel. We stood on the sidewalk out front and watched as the Chevy Belair drove out of sight. "Man he likes that car," we all said, and laughed as we walked inside.

Andrew was a tall lanky guy with longish curly hair and glasses. He looked like kind of a geek, but handled himself well, and had an air of self assuredness about him that made you think he was on top of things. He didn't hesitate when he spoke and had no shortage of opinions about everything. After the first meeting we all pretty much decided we liked him from what we had seen and began looking forward to the coming events and meeting Mick Jagger.

The jet lag was killing everyone, so we thought we'd try and get to bed early and get ready for the next day. The trouble with that kind of jet lag is, you're tired as hell, but your body won't go to sleep. This ended up in the long run being a major problem for me.
Posted by Bobby Jameson at 9:00 PM 3 comments: