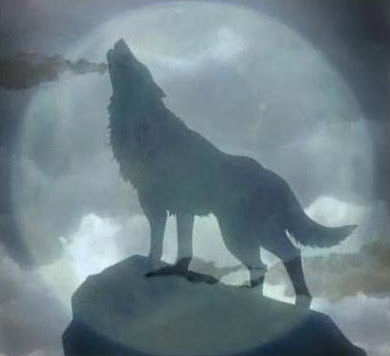 The hours turned into days, and weeks into months. There was nothing to do in the hospital but think about my troubles and take drugs. The routine was killer. No therapy, and no change to speak of, just a repetitious circle to nowhere.

I became the victim of my own warped perspective on what it all meant. One would have thought that someone busted up for the reasons I was, would have been a star candidate for psychiatric consideration.

Why was I still alive? I didn't know. When I'd started, back in 1963 and 64, it all made so much sense. I had a plan then--write songs, make records, become a star, and everything would be wonderful.

It was a far cry from that now, nothing made any sense. My feelings of failure and resentment were like quicksand, and no matter how I struggled, I could not free myself from sinking into the abyss of my own self pity.

I learned over time, that by redirecting my feelings of depression into anger, I could focus the destructive energy outward, as opposed to a self debilitating inward beating of myself.

Suicidal thoughts became aggressive thoughts. Aim it at them, I thought, instead of at me. Kind of like turning the gun on someone else rather than holding it to my own head. Although this was truly screwed up thinking, it did allow me to cope with my own demons.

I was suffering on many levels. Isolation, no security of any kind, feelings of failure, a damaged body and mind, and an overall sense of futility. This acute and chronic state of demoralization was lethal. I knew instinctively it had to be checked in some way, so anger became my ever present and increasingly important ally.

The main thrust of this particular form of personal psychology was my rock bottom belief that I had been used and then discarded by numerous persons in the music business, as well as the business itself.

My daily consumption of drugs and alcohol had only served to magnify these feelings and beliefs over time, and had finally led, unfortunately, to my destructive and bizarre behavior. Had I ever been clean and sober during these times, which I never was, possibly things would have been different, if only to have been less destructive.

Reality for me during those years was that drugs and alcohol were my only friends, and I was completely dependent on them for everything. It is clear to me now that my personality simply protected the practice of using, without ever acknowledging, that using was the main cause of most of my problems.

This kind of blindness had finally led me to more permanent forms of personal damage that would remain with me, to some degree, for the rest of my life.

As a kid, the first time I ever remember drinking was after parties my parents had the night before. My brother Bill and I would get up in the morning and go find unfinished drinks and sample them. We acquired a taste for this early on and always looked forward to those parties.

As the years went by, we learned how to get in to my stepfather's locked liquor cabinet, without a key, and we'd steal booze from various bottles refilling them with a little water.

I found too, that the buzz I got from drinking allowed me to shed my inhibitions when singing. This knowledge, once gained, served me for years, until it finally turned on me and began taking a toll.

But in earlier times, drinking beer on the weekends was just part of growing up in America. It was the social grease that many a young zit-faced teenager used to get past his own awkwardness and self doubt, particularly with girls.

Every guy I knew wanted to get laid, but the trouble was that those same guys always came face to face with their nerves. Once we learned about alcohol, we were all destined, to some degree, to rely on it for getting over the humps.

Growing up in Tucson, in the 50's, I learned that knowing how to fight, and being popular with girls, were the two most important things in life, and that where there was doubt, a little alcohol would fix it.

I stared at my feet, wondering why my problems with the music business always ended up with me getting hurt, or nearly killed, by my own actions. "Why didn't I take it out on them instead of me?" I thought. "These pricks deserve to be fucked with, I fucked me up enough."

My crazy thinking went a lot deeper than I knew at the time, and was singularly the basis for a critical change inside me. At the deepest levels, I decided in an instant, to cease being the prey, and from then on to be the wolf.
Posted by Bobby Jameson at 10:42 PM 6 comments: