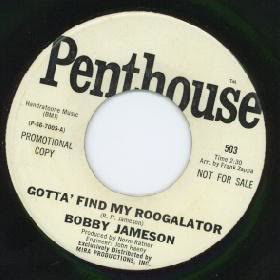 So once again I did the right thing and the wrong thing happened. It was getting to be a world of backwards reality with me. It wasn't like I was screwing up back in 1966. I did my work but the outcome always seemed to depend on somebody else's agenda. Ever since Tony Alamo everything I did came out like this.

I didn't care that Ken Handler was gay. Hell I'd been around plenty of gay people, it was just a fact of life. The problem was, Ken Handler had all the power because he was rich and the son of the Mattel Toys family. He didn't have a damn thing to worry about. He was covered no matter what he did. I on the other hand was 20 years old and trying to do something with my life to get it off the ground.

I'd been misled by Handler, and didn't find out about it until the last minute. He forced me to choose between giving him what he wanted to get what I wanted, or to give up what I wanted, because I was unwilling to give him what he wanted. To him I was little more than a piece of ass as it turned out, but to me it was my whole world at that particular point. It wouldn't have mattered if it were a man and a girl or a women and a boy. Whatever configuration you come up with, it was a chicken-shit thing to do to anybody, and that anybody was me.

I brought all the gear Ken had bought me back to Penthouse Records at Mira's offices. His attitude was someone who put himself above everyone else, though I had not seen that part of him until I returned the equipment. He barely took time to acknowledge my presence as I recall, but asked the whereabouts of the motorcycle? "I'm not giving it to you Ken," I said, "I'm gonna keep it because I earned it."

He started to object and I got very cold with him saying, "I'm keeping it Ken and that's all there is to it." I stared at him until he understood that I wasn't kidding. He got to see a part of me that day that he had not been familiar with either. Anything said after that moment I pushed aside. I stood my ground, making it clear that no one would get me to change my mind about keeping the motorcycle. I considered it payment for my work and my time.

I had not been paid for my work on "Reconsider Baby" or "Gotta Find My Roogalator" so keeping the bike seemed reasonable to me at the time. Hell I should have kept everything. I'd experienced too many losses at the hands of others in the past couple of years to just keep standing around at the end with absolutely nothing to show for it. I was tired of the Tony Alamo's, Andrew Oldham's, and Randy Wood's of the world. Ken Handler became the first one I took something from. I took it and dared him to do something about it, and he did not. It was one small victory.

No one will ever convince me that in light of what the facts were, as they relate to Ken Handler and myself, that any contract I may have signed with Penthouse Records could be enforced. He and Penthouse dropped me and failed to fulfill even the most minimal of obligations as a record label and or publisher. In a court of law I would dominate on the law and facts alone, not to mention the fraud perpetrated on me personally by Ken Handler. His sexual advances and demands forced me into a "Do what I want or else stalemate." I was maneuvered into a no win situation and my choices amounted to non choices. As usual, I had had no leverage.

I don't recall with great clarity, following the Penthouse fiasco, what Randy Wood's position regarding me was. I was probably blamed by everyone for screwing the whole thing up. That I have found, is the nature of people who won't take responsibility for their actions. It has taken me many years to realize that many of the calamities in my past were brought about by the actions of others, at least in part. I have paid enough dues to those people. I am determined to one day set the entire record straight. I have no plans to sit by and allow forever, others to claim ownership of my work or profit from it while I live as a pauper.
Posted by Bobby Jameson at 9:16 PM 3 comments: