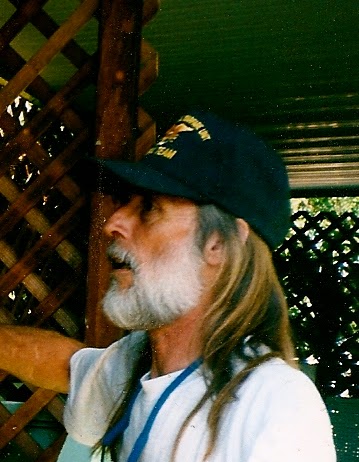 I moved from myspace to facebook in 2008, because back then myspace was having technical problems that were horrendous. I spent more time trying to make the site work than I did using it for posting work. I know it is called social media, myspace and facebook, but socializing was not what I was doing on either of them in the beginning. They were a means to and end, in my mind, and a way to post songs, and parts of this blog. A place where people could see, hear, and read the work I had done, and was doing. I guess some would argue that I was socializing by doing it on those venues, and I get that, but for me, in my way of thinking, myspace and fb were simply technical apparatus that I used for posting work on, something brand new to me about the internet. I did try to make contact with Joe Foster, from Rev-Ola Records, on myspace, but did not succeed. It wasn't until I moved to facebook that I began communicating with him at all.

On facebook, in 2008, the battle between me and Rev-Ola Records had surfaced around the internet. It was not a secret anymore, and people started choosing sides in the matter. Because of this, I came into contact with people who would have otherwise been disinterested in me all together. Joe had his own following, because of all his work, and I was accumulating a following of my own because of the album "Songs Of Protest" and Joe's connection to it. There was no way to mince words about the subject. It was two distinct camps that refused to budge on either side. As I began to gain ground in the nonstop war of words, my friend's list grew on fb. The more people, the louder the volume. It was the beginnings of the social part of the equation for me. By then, Paula, who followed me to facebook from myspace, had become an ardent supporter of mine, as were others. Sharon also migrated to fb, along with Georgiana.

Throughout all of this, I suffered with 24-hour a day headaches, which I constantly complained of in writing. I made it as clear as I could to people that everything I did was under duress. I threatened to call it quits so many times I lost count, because of the headaches and the frustration over comments on the blog. The one thing I never got good at, and still haven't, were the comments from strangers about what an asshole I was for complaining about Rev-Ola Records and Joe Foster. On facebook, the same kind of comments became prevalent. I would erupt in anger and attack the attackers with a vengeance. I was incensed by comments of those who thought it fair game for Rev-Ola not to pay me for the reissue of "Songs Of Protest." I quickly acquired a reputation for verbal combat, and a willingness to delete anybody who came to my page to attack me or side with Joe Foster.

There was far more method than madness to this than meets the eye. I figured that if asking for my share of revenue from the "Songs Of Protest" cd reissue was not getting anywhere, then I'd just flat out beat the shit out of Joe Foster and Rev-Ola verbally, and turn the whole mess into a public free-for-all.  Interestingly enough, that actually worked quite well. It didn't get me paid in dollars, but it did give me a real platform from which to speak about the subject of foreign companies reissuing American made music without payment to those who originally created it. From my standpoint I had already been ripped off by Surrey Records and Randy Wood in the 60's, and wasn't in the mood to stand around silently and let a new group of thieves do it again. So the basis of my attitude, on facebook, was directly linked to the fight over "Songs Of Protest."

As more people became aware of me on facebook, the reason for being there kept changing. Other records of mine, and music I'd written and recorded in the past, that no one had ever known about, began getting some attention. In some cases there was praise for that work, and less interest in my battle with Rev-Ola and Joe Foster. I had to learn to incorporate this into my own thinking, which was admittedly, locked into the battle with Joe Foster at the time. The more recognition there was for some of my other work, the less my original intent for being on fb meant. The virtual world had begun to expand for me as fb increased it's reach around the planet. The number of people who showed up daily was daunting to say the least. I had never imagined anything like what was happening, and had to learn about it...as I was learning to do it.

From a nobody blog to myspace, and then facebook, my life changed each day. I got friend requests, and a number of offers to do interviews on the radio, which I always turned down. I had no idea of how to handle what was taking place, and was too sick with headaches all the time to accomplish it. So too, another album of mine from the 60's, "Color Him In" had been reissued as a cd, and that came with it's own set problems. In 2009 I got sicker. I had emergency surgery to remove a grapefruit sized aneurysm from my abdominal aorta. That, on top of the 24-hour daily headaches, nearly killed me. It was hard to live in my body at that point. It was like a torture chamber of pain. In the hospital, no one from San Luis Obispo came to see me, with the exception of my mother, a neighbor, and a single member of N A... It was another one of those moments in life, where I got to see who really gave a shit, and as usual the answer was, "Not too many! 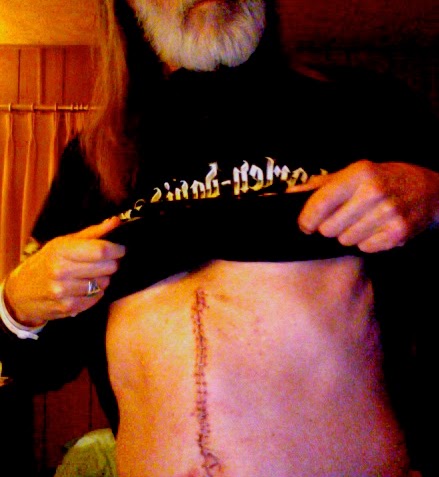 It was Paula who called me when I was in the hospital. I remember being surprised at the fact that she did. I felt as though she had stepped forward from the rest of the crowd, and made her interest in me more concrete with that action. I was too sick to talk much, but it was the idea that she did it that impressed me. It made knowing her more real than just comments and messages on facebook and the blog


Posted by Bobby Jameson at 4:44 PM No comments: