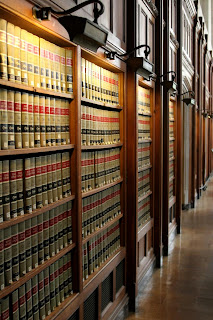 From 1985 until 2007 I tried to find a new direction for my life. I forced myself away from the driving mechanism of the dream machine of music, because it had been the catalyst for so much of my misery and disappointment. I could not play music and simultaneously do something else, I didn't know how. For me it had always been the music that had been my engine. Writing it, recording it, and presenting it so people could hear it was intricately and deeply wound into the entire process for me. I was either all in or all out, and there was no middle ground. Whether or not this was a failure on my part is a good question, but none the less it was a fact in my reality.

I did find something else to put my mind to work on, but regrettably, I also encountered the systematic demise and destruction of that which I was doing. I found it mattered not what I was doing, but that it was me doing it that seemed to be the problem. I now know that some of my choices back then as to what I devoted my time to, were questionable, such as the gun business. The fact that it led to trouble is not much of a mystery, but the fact that I could not, did not, or would not perceive this back then is, or maybe not.

Probably I just didn't care, because at the time I actually felt, if not completely believed, that my life was basically over, and had been since the day I left L.A. in 1985. Somewhere, deep down inside, I had given up my dream and knew it. So the reality then, for me, crazy or not, was basically "fuck it!" And that view rings more than just true, looking back at it now. It was a wholesale attitude of, "I don't really give a shit about anything anymore."

The fact that I got into the gun business was on a whim in the beginning, and never something I thought about succeeding at. It developed on its own and drove itself on the simple fact of supply and demand. I had found, by chance, stupidity, or bad luck, something people wanted, and I became a supplier. But it was a business scrutinized by numerous entities, something I had never understood until I found myself knee deep in shit. By the time I understood it clearly, I was already in hot water and was being pushed into a corner by forces I was unqualified to thwart.

Out of desperation I turned to studying the law simply because I didn't have the money to pay for a lawyer. I chose the law-library as a last ditch effort to rectify my own self-made dilemma. In the beginning, my mind rejected the difficulty of the law-books with a resounding, "You gotta be kidding!" But on the day I nearly gave up in frustration, one simple thought persuaded me to keep going, and that was, "If it's hard for you to understand Bob, it's probably hard for them to understand as well."

I remember this thought quite clearly, and it became the basis on which I strove to master the drab and mundane collection of words and meanings called the law. I learned to read foot-notes, the most tedious of all that is written on those endless pages of muck. Those little, ill-defined notes led me to a wealth of understanding that served as the bedrock for my self-education on the subject. I learned how to find things in the law that are so hidden that any reasonable person would simply shun them to preserve their own sanity.

I dedicated myself with a vengeance to reading, remembering, and understanding what was written in those books. I spent more time than any of my foes defining the laws and regulations used by them, in an attempt to entrap me, and or imprison me. In the long run I succeeded, because their use, or misuse, of the law, failed. It was a lesson and a new dimension of thinking for me. A lesson in hard work, dedication, and discipline, something I'd rejected as a child, long ago, in school.

But even though I was successful on the one hand, I was wiped out on the other by the circumstances and losses that came about from being run out of business. All that I had built was destroyed in the defense of the builder. Each and every plus had deteriorated into a heap of minuses, piled on the endless rock-pile of my life, and it is with this in mind that I remind the reader, that what I did then in San Luis Obispo to restart my life was less by choice than by an instinct for survival.

Keep in mind that there was no way in hell I wanted to become a handy-man in a mobile home park on the Central Coast of CA., or that I wanted to subject myself to working so hard that it made me ill. But back then these choices did not exist for me at all. I just did what I had to do, because there wasn't anything else to do...
Posted by Bobby Jameson at 4:56 PM 1 comment: