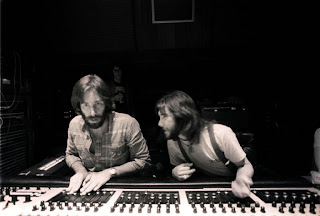 In the past, every time I tried to kill myself or act out in some highly negative way, it had been because of money, or more precisely, the lack of it.

It had always been in conjunction with music or the music business. It had been about trust, self worth, and independence. I sat for long periods of time and thought about these things on more than one occasion.

It was clear to me that I had to let go of my past and believe that it could be different. I had to expect that there were people I might meet that could be trusted.

This for me was a monumental task, because it was asking me to let go of my entire history. Writing songs, making records, and getting screwed. It wasn't like it happened once or twice, it was all that had happened.

Also, I'd literally come from the street. My personality was formed from my experiences out there, not in a setting like many I'd locked horns with in the past.

My reactions were not based on security, but on things like how to survive at all costs, and where do I sleep tonight. It was easy to say "let go of your past," but something else to actually do it.

The future loomed ahead. It was there before me both as grand adventure and minefield. I didn't know what would happen, but I knew a day at a time I had the opportunity to construct an outcome far better than my past. I could now think and decide how I wanted to approach the challenge rather than merely react to it.

My time in the rent free apartment came to an end, and at first I just moved into my girlfriend's place. But this soon became a problem, because we were then faced with dealing with each other 24-hrs a day instead of periodically.

I wrote and recorded this song about her in her apartment in 1976. It is a demo, and was not part of the RCA deal, but I wished had it been now.

We were both in our second year of sobriety so we were subject to change at any given moment. After a month or so of that, I rented an apartment of my own in West Hollywood on Doheny Dr. south of Sunset Blvd.

I was now in the area where much of the Los Angeles music business had their offices. A few blocks southwest of the Whiskey, Rainbow, Gazzari's, and the office of Billboard Magazine at 9000 Sunset.

A lot of my history was right around the corner from me. I felt excited as well as anxious, but was glad to be there paying rent on my own place.

I continued writing songs and recording them in my apartment, which had concrete walls, so I felt comfortable making some noise without the fear of complaints from my neighbors.

This was all well and good, but eventually I had to make a decision as to how far I was going to go with this. I decided, after some deliberation, that I should use the money I had received to go into the studio and record some of the songs for real with a band.

I would need musicians, but hadn't kept in touch with anyone, so I was at a loss as to how to do this in a reasonable way. I thought about Ben Benay, who'd worked on "Color Him In" and "Working" with me in the 60's, and got his number from the musician's union local 47 in Hollywood.

Ben was surprised to hear from me, to say the least, but was more than interested in working with me on some new songs in the studio. He said he could get some topnotch players for the sessions with no problem.

He agreed to take the lead as far as getting the band together and picking the studio, which he said should be Wally Heider's in Hollywood. I told him whatever he decided I would go with, because I knew he knew his stuff and I relied on that completely.

The musicians he got were first class, many of whom were involved with the band Toto at the time, as well as Steely Dan. David Paich, the Porcaro Brothers, Steve Lukather and others, including Amy Philbin and her girls on background vocals.

I gave Ben tapes that I'd recorded at home, and he wrote out lead sheets for the rest of the players. He organized a lot of what is necessary to get a session to the point that it happens, and I will always be grateful to him for his help and friendship.

It would all come down to the music, the studio and engineer, the players, and how well I did my job, if it was going to work. Once I'd made up my mind there was no turning back, it was all set in motion.

I informed my girlfriend's Dad and Mom as to what was happening and they were excited as hell, since for them this was a first.

I felt a deep sense of responsibility about spending the money in this way, and for me it was imperative that I make every penny count, and that the finished product be worthy of the investment.

On the first day, when I walked into the studio the feeling of "magic happens here" came over me. I felt immediately relaxed, and my eyes danced over the surroundings as if I'd finally gotten back home after a long time away. The first song we cut was "Growin' Pains fF Time."