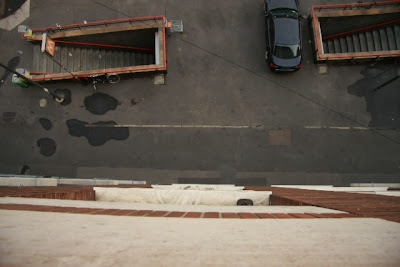 I could hear loud yelling coming from the window. It was the L.A. Sheriff's Department. They had kicked in his door and arrested him. I began yelling and crying hysterically at the window where he had been, and screamed, "Yeah, fuck you you asshole. Go fuck yourself." I became highly agitated, and moved my body to the very edge. "You wanna see me jump you asshole? You wanna see me die? Ok man, you fuckin' asshole I'll jump, fuck it."
Posted by Bobby Jameson at 10:58 PM 3 comments: