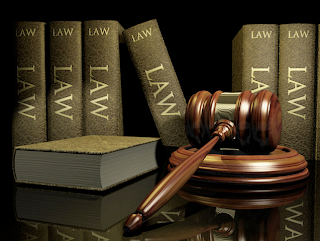 Writing about myself and the things that I did and the reactions to them by others, are at times painful to expose in public. But having embarked on this part of my story, after much reluctance, I find myself having to provide details that I would just as soon not give you, but for the fact that they are specific to the choices I made because of them.

Much of what happened to me was brought on by what I myself did or didn't do at any given time. It is obvious that many of my choices and actions caused me difficulty, that goes without saying, but on the other hand I was confronted by the reactions of many around me, which at times bordered on overt harassment.

As I tried to portray in the previous post, the overkill was palpable, and placed me in a flee or fight dilemma that had to be reconciled one way or another. Strangely, my decision was to stay and fight back as hard as I could, I assume because I was tired of leaving places when things got truly difficult. I became, for lack of a better description, a Jessie James/Billy The Kid like character who knew I was guilty of some things, but never as guilty as those around me tried to make out.

I was represented by a public defender, Kevin McReynolds, at trial, and convicted of a misdemeanor. Following that, I borrowed money to mount an appeal to overturn the conviction. During that process, I became aware that my attorney, James Murphy, was involved in a back room decision with the prosecutor, David Pomeroy, to shut out the possibility of an appeal with prejudice. That simply means he made a deal with the prosecutor, without my knowledge or permission, to kill my right to appeal forever. Upon learning of this, I stormed into my attorney's office and confronted him on the issue, which he sheepishly admitted he had no right to do.

So this was the atmosphere I was faced with. An outsider trying to deal with insiders who all knew each other. I was the odd man out and expendable from every angle by all concerned. The fly in the ointment became the fact that I was not only aware of what was going on, but told each of them to their face that I knew, while continuing to stand my ground. Later, I made friends with the primary police officer involved. He apologized to me in a Circle-K parking-lot, from his squad car window, saying he regretted being part of it.

I fulfilled each obligation placed on me as a result of this episode, until completed. At that point, I both publicly and frequently voiced my opinion about what I thought of each of the parties involved: the Grover City Court, the attorneys, the jury, and the judge. I knew that I'd lost in part, but in the long run had won over some of my harshest adversaries.
Posted by Bobby Jameson at 6:35 PM No comments: