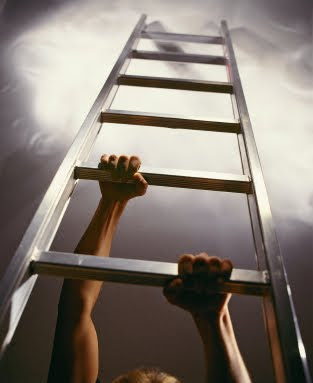 So in the end I was just standing there with a few dollars and nowhere to go. I was glad I had the money, but was pissed off that I had to sell everything to get it.

I could have done it. Hell probably no one would have known or cared except me, and that was the problem... being me, and knowing and caring.

On this go round the songs never even made it to a label. In the long run I never signed a contract with Dennis and George.

I said I would sign what we'd agreed to initially, but not the nearly one inch thick piece of shit Dennis had worked months on creating, with the help of so-called music lawyers. I told him he was a fool for listening to them, because all he'd done was create a stalemate in the end, in which we all lost out.

The one thing that had come from it was the music. The recordings in the end were further proof of where'd I'd been in this long voyage known as the music business.

From Tucson, Arizona in the 50's, Glendale, Ca, Hollywood, and London in the 60's, I had blazed, crashed, and sputtered my way through the 70's, and into the 80's. The fact that I was even alive was remarkable, not to mention the fact that I was clean and sober as well.

All in all there were things to herald as successful about the whole crusade, but it would take a long time to really understand that reality. I was packed full of experience that literally no one was interested in at that point. They wanted what I had, but they didn't want me with it.

They wanted me to be the way I was before I learned all that I had. They wanted a pliable, gullible kid who was moved by promises and the flashing of some green. But as desperate as I was, I was no longer that person.

I had grown up in many ways in spite of it all. I had gotten sober and watched my dreams get trashed again, but stayed clean anyway.

I had felt the friendly pats, only to have them turn into the hand that plunged a knife into my back. I had made promises and kept them, even though they caused the ultimate destruction of what I wanted.

I stayed with principle, and it had handed me two decisive defeats in a row. I was confused and angry and unsure of what to do next, other than merely survive as best I could. I wandered through AA meetings like a zombie in search of his life, putting one foot in front of the other a day at a time.

I would count those days like a prisoner in a cell, one after another just so I'd know that I had accomplished something, anything, anything at all.

Staying sober no matter what became my shield against the many who found nothing but fault with everything I did or said. I took on all comers and stood my ground telling them I was sober even though there seemed little reason to be.

I endured the endless criticism of "If you're not happy, what good is sobriety?" I told them to, "fuck off" on each occasion only to acquire a worse reputation than I already had.

I knew what they did not. That the likes of Bobby Jameson loaded was a far worse thing than they could imagine. Many of them were light weight users and abusers who had come to the program far less damaged than I.

They hadn't ever imagined or experienced the depths of rock bottom insanity that some had plunged to. Their voices were like the feathers of a Peacock, strutting around successful and proud, arrogant and unaware...

I would talk to them as if they were bratty children with too many toys. But when the shit hit the fan there would always be those who sought me out, knowing that I had hung on to the burning ladder and not let go.

They liked me around for that, but they wanted me out of the spotlight and in the wings, where they could call on me if I was needed... and the call always came....
Posted by Bobby Jameson at 9:23 PM 3 comments: