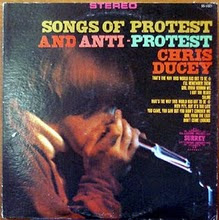 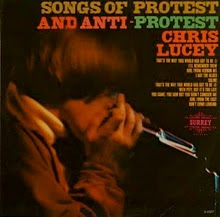 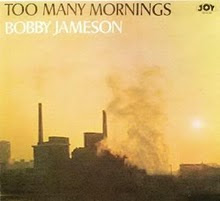 I came to the internet in 2007 and had to learn everything from scratch. I knew nothing about how it worked or how to use it, or how to use a computer for that matter. People were selling my work and not paying me so I decided to put all my albums on the internet for free where people could download them; The blog Echoes In The Wind helped me do that. My thinking was, it's better to give them away than to let some company who had no right to the albums sell them for profit.

There was a lot of information on the web regarding those records, and me, that was completely false, so I set about to correct what I could and add more facts to the mix. That's what I've been doing for four years. This blog was an attempt to write the history of a person, me, who had been involved in the music industry since 1963, and to create a factual account of that history. In doing this I unwittingly opened myself up to wide-spread criticism as well as praise.

In the recent post, A Comment From A Fan, I found myself in awe of the words and thinking used by that person in saying they are assisting in the illegal distribution of my album Songs Of Protest for free on the internet because it is not honored. This, they go on to state, is because, according to them, I somehow screwed over Chris Ducey and reworked his songs. As I wrote above, I already put all my albums on the internet for free, and as far as Chris Ducey goes, I have never met him nor have I ever heard his original version of Songs Of Protest. I purposely didn't listen to Ducey's songs in 1965 for fear of being influenced by his work. If you listen to my songs, which I wrote to Ducey's titles, you will notice that in many cases the songs have nothing to do with the titles. It is one of the most distinct facts of that album.

Unbeknownst to most people, Songs Of Protest And Anti Protest has been released at least five different times, under various titles and artist names since 1965. The first is the Surrey version from 65, the second is the Joy Records version in 1966 which was retitled Too Many Mornings by Bobby Jameson. The third and fourth versions came from the early 70's. One is a part Of A Vee-Jay Records boxed set, 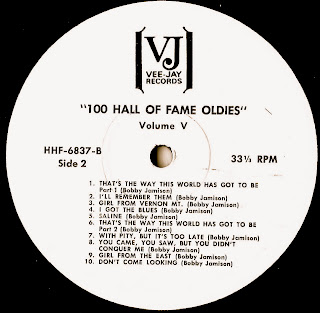 and the other version is on Crestview Records CRS-3066...Bobby Jameson: Bobby Jameson LP (1970), another Randy Wood/Betty Chiapetta label. The fifth version is the 2002 Rev-Ola Records reissue CD leased from Ace Records by Joe Foster, and distributed by Cherry Red Records UK. Since I wrote and recorded Songs Of Protest in 1965, I have made a grand total of $327 from all these versions. 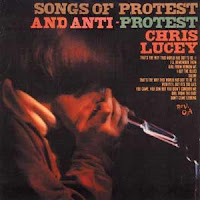 One of the songs from Songs Of Protest, "Girl From The East," was recorded by The Leaves in 65 or 66, and was the b-side of their hit "Hey Joe." It also appears on their album of the same name, and another album of The Leaves as well. I have received nothing for this song and the use of it on any of The Leaves recordings.

Posted by Bobby Jameson at 5:06 PM No comments: