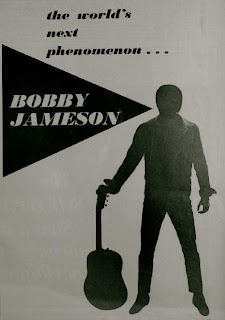 For the next 6 weeks the ads kept coming out. I think it was the 3rd or 4th week when Tony dropped Cashbox and just kept the ads coming in Billboard. The 3rd week was a three quarter page ad. The 4th week a full page and so on. They went from black and white to three color and then to a full color. A four page pullout in the 8th week. No one had ever done this before, so the whole world wide music industry was noticing it. 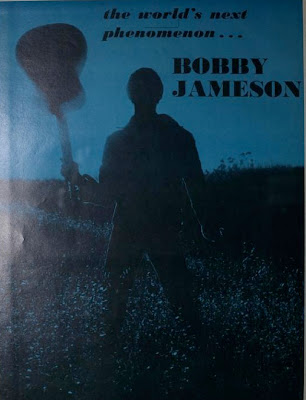 People were watching to see how far it was going to go. Each week they'd check out Billboard to see if a new and bigger ad was in it and there was. It became kind of a game that everybody was playing. I was blown away by the whole process. You've got to understand that I was just some punk kid from nowhere that nobody had ever heard of, and all of a sudden I was the subject of a lot of the industry. No one knew where the ads were coming from or who was doing this. 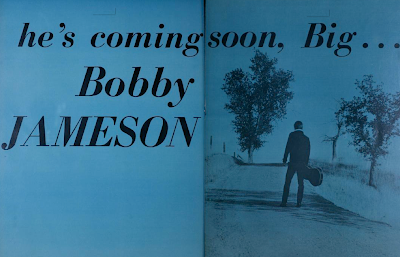 People speculated that it was a major label doing it from America as a response to Beatlemania, which had taken over the US along with the rest of the world. The Beatles were the phenomenon, so Tony called me "The World's Next Phenomenon." I had nothing to do with it. I just stood around trying to comprehend what was happening to my life. In fact, for quite awhile nobody knew that I was Bobby Jameson, and when they found out they basically said, "well who the hell are you?" 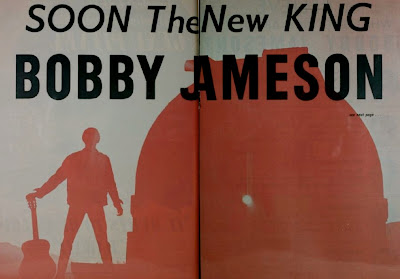 I didn't know how to respond so Tony responded for me. At first this was great, because he wouldn't let anyone screw with me, but later I found my own voice and trouble between Tony and me soon followed. We had no contract. To this day there is no contract. We had no record. I had to go in the studio (Nashville West) on Melrose Ave., in LA and cut one. We didn't even have muscians on most of the recordings. I wrote, arranged, played, and sang everything.

I basically produced 4 songs that are now the only 2 Talamo Records that exist. "I'm So Lonely/I wanna Love You" and "Okey Fanokey Baby/ Meadow Green". There aren't any others because I didn't have any other songs at the time. People think there are more secret Tony Alamo tapes of Bobby Jameson, but there aren't.

The 9th week Billboard ad was a black and white full page with my face shown for the first time. It also had the record listed "I'm So Lonely/I Wanna Love You" for the first time. There was no planning. Everything was done in a rush. The whole damn thing from the beginning to finally having a record took 9 weeks. My whole life changed forever in 9 weeks. I went from dreaming it to being it. I had no way of knowing what I was supposed to do next, so I kept waiting for Tony to tell me, and he told me. 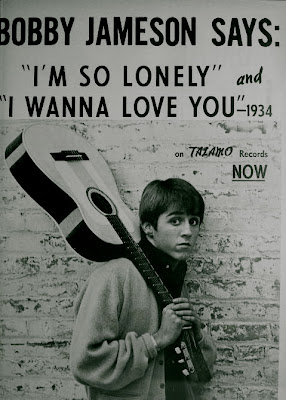 Do this, go here, go there, dress like this, act like that. Everything he told me to do I did, because I didn't know what else to do. He once looked at me and said, "You are a star. You need to be convinced that you are a star. Right now," he said, "you just want to be a star, but I'm telling you, Bobby, that you are already a star. Now believe it and don't ever doubt it again." The amount of time it took him to say those words to me is the amount of time it took me to accept them as the absolute truth. Bullshit or not, I was utterly changed forever by those words, "You are a star!" "Right!" I thought, "My name is Bobby Jameson and I am a star."

I was forever doomed by that belief. Forever separated from others because of it. I have lived to regret it to this very day. Even now there is a part of me that still believes, "My name is Bobby Jameson and I am a star." I am also alone.....