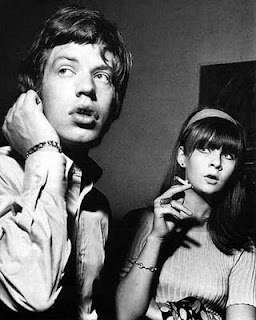 He just stared at me. He seemed to be waiting for the punch line that never came. He could not believe what I was telling him, but then again he couldn't not believe it. I'll never forget how surprised I was to find out that day that he really didn't know how incredibly huge The Rolling Stones were in America. The look on his face when I first told him will stay with me forever.
Posted by Bobby Jameson at 12:29 AM