(part 157) BUSTED FOR SALES OF COCAINE IN NASHVILLE 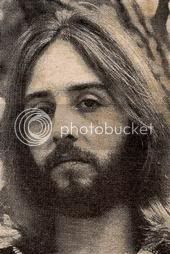 In Nashville, I began realizing that I was living to drink and drinking to live. One day, when I was lying on a bed, I heard an audible voice say, in a completely empty room, "You're an alcoholic."

It scared the crap out of me, and I figured God himself had uttered the words out loud personally, because there was no one there except me. Nothing else was said, just, "You're an alcoholic!"

After it happened, I looked through every part of that room for the source of the voice; under the bed, in the closet, in the bathroom, etc. I was on the second floor, so I knew no one had said it from an open window trying to screw with my head.

This didn't cause me to stop drinking, but it did implant, for the first time, a sense that drinking had become a serious problem for me. It was now a conscious realization that I never forgot from that day on; I was an alcoholic.

During this time in Nashville, I acquired some cocaine from DP so I could sell it and make some money; It was a quarter ounce of coke. I set up a time and place to meet some guy named Hugh on a lonely back road at night.

This turned out to be a full-fledged disaster. Not only was it dark, and completely unfamiliar to me, I'd borrowed somebody else's car to get there.

It was out in the country, but it appeared to be completely safe when I drove up. I waited around for awhile for Hugh, and when he got there, I pulled out the coke so he could sample it. He snorted a line, and within minutes said he'd buy some.

After giving me a couple of hundred bucks, Hugh said he was in a hurry and had to leave. He watched me put what coke I had left, which was in a small bottle, underneath the dashboard, and then drove off.

Feeling good about making some money, I started the car and swung around to head back down the deserted road to Nashville. But all of a sudden, seemingly out of nowhere, flashing blue lights appeared in my rearview mirror.

"Shit," I said out loud, "That asshole set me up!" I pulled to the side of the road, turned off the engine, and waited for my world to fall apart, again.

Sure enough, two plainclothes undercover narcs were on me in an instant. They yanked open the door and dragged me out of the car with their guns drawn, screaming at me to lie face down on the ground.

As I lay with my face in the dirt, one of them pulled my arms around to my back and handcuffed me. He then pulled me up on my knees and continued to scream that I was a piece of shit dope dealer.

I said nothing, and watched as the other one searched the car. I thought I'd been set up, and became convinced of it, when the guy searching the car seemed to know exactly where to look for the bottle of coke, which Hugh had seen me put there before he split.

I thought to myself, "Hugh must have been in deep shit with the law and made a deal with them to save his own ass. What a punk!"

The cops called a tow truck to haul the car I was driving. They put me into their car and headed back to town to the Nashville City Jail.

I stared out the window of the police car, and once again felt as though my life was over. To get busted for drug sales in the South, I thought, was about as bad as it could get, particularly if you were from California, which I was.

We pulled up to the Nashville jail, and I saw for the first time a nine or ten story building that was in part being renovated. I was taken into an office for interrogation, where I sat for a couple of hours and was repeatedly asked where I'd gotten the cocaine I'd sold.

I wouldn't tell them where I got it, because DP was the source, and I wasn't about to give up that info. I told them I'd bought it from some guy on the street, and stuck to that story.

Finally they got fed up with my answers and moved me into a multi-prisoner cell with about fifty or sixty other guys.

I was just in time for chow, which consisted of two pieces of half-stale white bread, a single slice of warm bologna, and a single slice of processed cheese. To drink, we were given watered down cold coffee, served in a garbage can, set in the middle of the cell floor.

While I was in that jail, a young black kid worked his way around some loose-fitting steel plates that covered the windows at the time they were being re-barred. He either fell, jumped, or was thrown nine stories to his death.

The rumor was that he wanted out of the place bad. He was so afraid of being locked up in that white man's jail, that he either committed suicide, or, as I said, was thrown from the window by someone else.

It was a piss poor place, believe me, and I was white.
Posted by Bobby Jameson at 10:40 PM