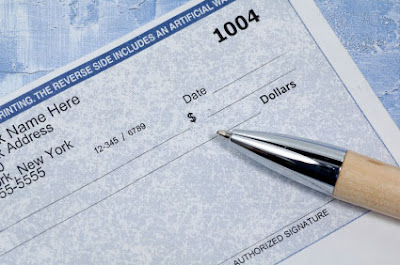 Sometime after I met her parents, my girl friend told me she had strongly suggested to her father that he invest in me as a business arrangement so I could pursue my music career.

Her remark was something of a shock to me when I heard it, but again, it seemed to be part of an ongoing set of effects that occurred in 1976, following my concentration on both the book Alcoholics Anonymous and the book Science Of Mind.

My anticipation dimmed after nothing happened with her father. The months kept clicking by, and time was getting short on my rent free apartment. I began to doubt that anything would ever happen with him, but I tried not to worry.

In truth, I was becoming concerned as to what I was going to do when the six months of free rent ran out. I forced myself to look away from my doubts, and persisted in writing songs and recording them as long as I had a place and way to do it.

I tried hard to believe something I had little evidence of. But somewhere inside was a part of me that did believe I could make a living writing and recording music.

I remember the day I picked up my mail and noticed a letter from my girlfriend's father. I felt excited but anxious as I opened it.

Inside was a short note thanking me for the consideration I'd shown him and his wife when they met me in California. There was also another sentence that said, "I hope this will help you fulfill your goals," and a check for $15,000.

I sat down on the living room floor, and in stunned silence stared at the check in my hand. It said "pay to the order of Robert Jameson." I tried to to get my mind around it, but had no experience in knowing how to handle what had just occurred. Nothing in my past even came close to this.

It was more money than I'd ever had in my life, and it had come to me out of the blue in the same way the apartment had. At that moment, I could only believe that what I'd been doing had worked and the proof was in my hands.

I felt exhilarated and somewhat unworthy simultaneously. I told myself to accept it and be grateful, because it was now a reality. I scrambled for the phone and called my girlfriend, blurting out what happened, and she said, "I told you!"

"Yeah I know," I said, "but I didn't really think it would happen." She laughed and said, "Well it did, and you deserve it, so enjoy it if you can."

That was a mouthful. "Enjoy it! How the hell do you do that?" I wondered. I was so used to being broke that suddenly having this much money was a problem.

I walked around for a few days with the check, not really knowing what to do with it. I didn't have a bank account, or for that matter a bank, I just had a check.

I went by my old AA sponsor's house and told him I had something to show him. We stood in the kitchen and I plopped the check down on the table. He sat down in a chair and picked it up and stared at it.

After a moment, he looked up at me in amazement, saying, "Where'd you get...how'd you do this?" "Science Of Mind," I said, "I just kept believing in what I was doing."

He'd messed around with Science Of Mind for a couple of years, but had never seen the kind of results he'd hoped for. But after holding my check in his hands, in his own kitchen, knowing where I'd come from, he seemed to finally get it. It works!

If Bobby Jameson can get it to work, then it will work for anybody, including him. It just clicked in his mind. After that his life took off as well, and things that had not come together in the past began working for him, he went on to become a millionaire.

Trying to find a bank that would take my money and give me an account was more of a problem than I'd expected. I only had a driver's license, so there was reluctance by several banks to open an account for me, and the way I looked, you know, the long hair, didn't help.

I remember walking around Santa Monica thinking my big problem was, nobody would take my $15,000 check. I had to chuckle. For me that was a problem worth having.

It was Wells Fargo that finally agreed to give me an account, but said I had to wait until the check cleared before I could get any money out. Hell I didn't care. I never had any money anyway so that was nothing new. I was relieved I didn't have to carry the check around anymore.

For those of you who have followed my story, or have gotten to know me a little from the internet, and may have accused me of demanding money for my work, I suggest you consider this.

I was 31 years old in 1976, and had been making records and writing songs professionally since 1963. This one $15,000 check was more money than I'd made for the entire time I'd been in the music business, which was thirteen years.

Posted by Bobby Jameson at 9:04 PM