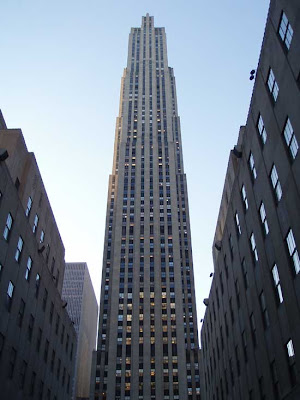 DP was a cocaine dealer, and he was paired up with the president of RCA Records, Bob Summer, in 1978. Between the two of them, my future was in their hands, at least in regards to my being an artist with RCA.

From where I stood, it was becoming pretty clear that as a result of their relationship I was going to be the loser.

It was confusing as hell, believe me. What got me there was now going to keep me from getting much further, it appeared. I couldn't believe what I was seeing was actually happening, but it was.

I began to question deeply where God was in all of this. I was like a child, in a way, trying desperately to believe things would work out, but on the other hand, the old cynical me thought it already knew what was going on.

I'd seen a lot of positive things happen since I got clean and sober in 1976, but now, every time I turned around, the old negative garbage of the past was there to greet me.

Dope dealers, record executives, con jobs, promises, manipulation, and bullshit. It was all there. The same old crap I'd always run into with record companies and people in and around the music business.

I just kept trying to look past the gathering storm to a brighter future, but like I said, I was somewhat of a child, trying to keep the faith and believe in something better than my past experiences.

Through it all, the number of radio stations playing the record kept growing, so I ran another ad in Billboard Magazine. To my surprise, each time I did this, three or four times, Bob Summer would have RCA send me a check for the amount.

It was hard to know exactly why he did this. But I believed it was because he was waiting for me to come around to his way of thinking, and agree to let DP be involved. I knew that wasn't going to happen...ever...

As usual, Stay With Me got no airplay in Los Angeles, an old fact that hadn't changed since 1964. No matter what I did, L.A. radio wouldn't play my records, they never had.

With the help of my girlfriend and her sister, we sent out thousands of flyers to radio stations, nation wide, from my apartment, and over a thousand promo copies of the record. I got the addresses from a book listing every station in the U. S., along with the kind of music they played.

I included my personal telephone number, and invited DJ's and program directors to call me collect, which many of them did, and each time I updated the flyer, we included a complete new list of all the stations that had added the record to their playlist.

With all of this, RCA took the position that I wasn't accomplishing a thing, and that what I was doing amounted to nothing more than an amateur attempt at PR, and was nothing but a waste of time.

On the other hand, the DJ's who called me said they hadn't seen an artist work his own record this hard since the 60's.

Because I was so upset by the label's response to our efforts, I got thoroughly pissed off at them and went to the RCA building on Sunset Blvd. in Hollywood. Once inside I told them I was an RCA artist, and wanted to talk with the head of their promotion department.

After some internal telephone calls, I was escorted to some guy's office, and once again I don't remember his name. He was introduced to me as the head of west coast promotion for RCA Records.

He looked at me with an irritated look, not expecting what I said to him. He tried acting unmoved by it, as he sat down in a chair behind his desk, but he was clearly uncomfortable.

Rather than get into a bullshit session with him about how everything worked, which was typical in the record business, I launched into my second point of dissatisfaction with the label.

"I'm tired of doing your job, man," I said bluntly, "and want to know if you guys plan on do anything at all with my record?" With that, he angrily jumped up from his desk chair and yelled, "Nobody does my job for me, nobody!"

"Bullshit!" I yelled back, "I been doing your Goddamn job for months now, and I'm not even gettin' paid for doing it, but you are. You haven't done a fucking thing with the record out here and you Goddamn well know it, man."

There we were. Face to face and eyeball to eyeball. He on one side of his desk and me on the other, just standing there like a couple of jerks ready to brawl.

All of a sudden he seemed to come to his senses, realizing how far out of hand this had gotten in a short amount of time. His expression softened a bit, and he sat back down in his chair and looked at me with that "now whatta we do" look.

I peered down at him in his chair and said, "Come on man, you haven't done anything with the record. Why don't you get it on the radio here in L.A.?"

He stared at the top of his desk while wiping his hand across the surface as if he were cleaning it. "We tried," he said, still wiping at the desk, "but the response was soft."

"It didn't get a positive reaction when we played it for a few radio people," he said.

"So what does that mean?" I asked again, You just gave up on it, because a couple of assholes didn't say, "that's a hit? You gotta keep on it man, until someone takes a shot with it and puts it on the air, that's what promotion means. If they say no...make em say yes."

He looked up at me and studied my face for a moment, hesitating, "To be honest with you man," he said deliberately, "I didn't get the word from the guy's in New York to keep on you're record."

At that, I stopped. I stared at him blankly, with no response, as the air ran out of me.

I knew what that meant, that remark about the guys in New York. It meant I was not going to get anything in the way of help from RCA. It meant I was of no importance to the label. It meant that DP had Bob Summer in the palm of his hand.....

Posted by Bobby Jameson at 9:10 PM