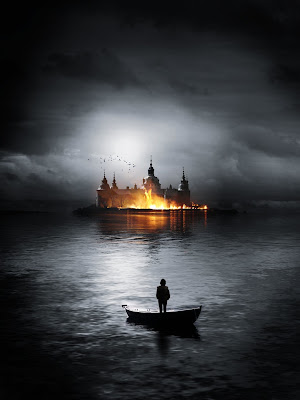 In 1978 I had a little over two years of sobriety. I was signed to RCA, and had a record released and being played on the radio. I had a relationship with a women and her family, I could pay my own rent, and my expectations for a real life had actually manifested into a concrete reality.

I'd gone from an insanely suicidal, loaded loser, to a somewhat well balanced, sober, recording artist in a couple of short years. Many in AA referred to me as a "gold cadillac" story, which meant I'd gone from "rags to riches" in sobriety.

While my girlfriend's father and I sought to rectify the problems that continually arose with the promotion of my record, neither of us could have possibly contemplated the end result.

Whatever the collective facts were in the dark backdrop of RCA's internal workings back then, I can only guess about now.

There was no way for us to gauge what was happening behind the scenes in 1978, or remain unscathed by it. In essence, "we never saw it coming." It, being the total calamity that ultimately befell our all-out efforts to secure a success with "Stay With Me."

In the final analysis, my girlfriend's father coughed up over a hundred grand to the cause, only to see his investment go down the tubes.

The fact was, that RCA never did ship any records to the markets where radio airplay had created a demand for it. Whether by stupidity or purposeful sabotage, "Stay With Me" was left hanging on the tree to rot in the sun like a ripe, but unpicked fruit. In time it fell to the ground and was left for dead, while me and my girlfriend and her family were to left to bury the carcass.

My positive demeanor was ripped away by circumstances once again, and replaced with the old familiar failure persona. My stable "can do" attitude of the past couple of years disappeared under the bright lights of humiliation.

To try and sum up in mere written words what it actually felt like back then is an impossibility. Likewise, for me to understand what my girlfriend's father and her entire family felt like, is also an equally impossible task.

Suffice it to say, it was intolerable, and it grew worse as it engulfed all of us like a living nightmare, coupled with shock and despair.

For me, there was no way to see it as anything but an unmitigated disaster. I floundered in a sea of regret and failed responsibility, which cut into my very core.

The return of my past into my present, was like dying and being awake to experience myself being dead. My faith and fragile trust in God, was crushed like a child's toy under foot, and the lack of help and support from anyone in AA was something I will never forget.

While many ran to the aid of my girlfriend, I was ignored like an abandoned child, and buried under a mountain of blame, heaped on me by her supporters.

As I struggled to maintain, not only my sobriety, but my sanity, during this chaos, I am stricken, even now, by the enormity of that dismal task. Day after day, month after month, I disintegrated into the familiar territory of Bobby Jameson, "loser."

Had I been able to trust God at that point, which I could not, I may have done better than I did. But in those dark days my most constant thought was, "Why, God? What was the fucking point? If you were just going to let this happen again, why did you let us get so far?"

That was my mantra! That was my question to God! "Why? Why did you let this happen? If getting sober, and being as above board as I'd ever been in my life got me the same old results that I got when I was loaded, then what was the Goddamned point?"

I could not, and still can't, answer that question to my satisfaction. I will tell you though, I have had to live with, for over thirty years, the smug condemnation and opinion of others, hurled at me by the self appointed spiritual experts on this subject. Those, who in no way experienced the trauma, but were all too eager to offer their opinion on the matter.

Back then, I was shoved to the outskirts of AA by many, once it was known that my successes had turned into a disaster. The fickle nature of members of twelve step programs was seared into my consciousness forever.

My then faltering ability to believe there was a God who cared about me, vanished altogether. Not because I didn't get what I wanted, or asked for, or demanded, but because the wholesale slaughter of dreams and lives went far beyond that.

In less than a year of the collapsed business adventure, my girlfriend's father was diagnosed with bone cancer, and died a slow and painful death.

This too, was heaped on my back by his entire family, including my girlfriend. Their belief was that he got sick as the direct result of the stress caused by his involvement with me, RCA and Bob Summer, and the music business in general.
Posted by Bobby Jameson at 9:05 PM