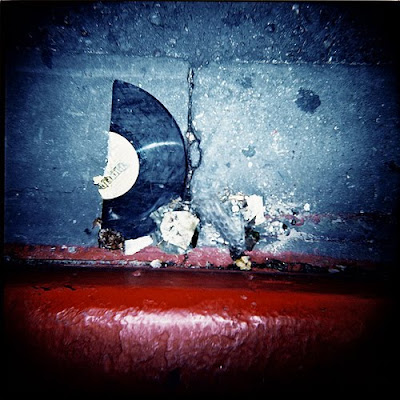 I was determined to stay sober no matter what. I remember sitting in my house and being afraid to move. I was having visions of getting up and going to the bathroom and cutting my wrists.

I sat for hours and cried. I wanted out! I didn't want to try anymore. Trying had become the blueprint for another round of well almost, but not quite, so now what?

Death seemed a reasonable solution at the time, but part of me was unwilling to travel that path, sheerly on the outside chance
I would fail, and feel like a bigger fool. I didn't want to die as much as I wanted to live in a life that didn't hurt so much.

I tried to reason that the previous year had been worthwhile, and that what I had really wanted, was for it, or something like it, to continue moving forward.

It was the juggernaut of constant collapse that was making me crazy. It was the end of the thing, not the thing itself. Too many, whom I knew, were situated in a way as to not have to deal with the issues of such basic survival day to day.

They were well above that line in their ongoing pursuit of a happy, joyous, and free life of sobriety. I, on the other hand was seemingly condemned to scrambling for my daily bread over and over again.

This was the cavernous separation between myself and those around me. I thought I might be better off on skid row rather than where I was. If I were around others, I thought, who were constantly up against it, I might not feel so worthless and out of place.

As I sat alone, grinding through my misery, I stumbled on a process of psychology that may have literally saved my life at the time.

Rather than entertaining thoughts of my own death, I proposed to entertain the demise of others. I'm sure this sounds completely irrational to most, but back then, it had the power to flip the coin, as it were, in my favor.

"Fuck em!" I thought, I was tired of killing myself because I'd tried to do the right thing. I had not been so wrong about my choices as to deserve punishment for making them.

OK! I was going down the tubes again, but not because I hadn't done my job, but because I'd refused to play the Goddamned game. I'd honored my word and fulfilled my obligation to write songs and get them recorded. I was paid to do that, and did it.

The real problem was the God forsaken music business mentality of little pricks in offices, trying to control what others created. I'd pissed off the controllers again, the money men.

I had always pissed them off, because they were ruthless little tyrants with no talent. They bought and sold people's work and dreams, and I had pissed them off again. I figured my wrath ought to be directed at them rather than at myself.

I looked back over my own history. I'd always come up with the goods. No matter what was going on, I'd always done my job. There was a laundry list of records to prove that point. But in every case I'd trusted someone who wasn't trustworthy.

It had been the basis for each successive failure in my life. Whether it was Tony Alamo, Andrew Oldham, Randy Wood, Steve Clark, or Dennis and George, there had always been that moment of trust, and the final realization that they were not trustworthy.

The problem was, that by the time I came to that realization, I was already standing in the ruins of another bad decision. They, the collective they had my work, while I was sent packing.

Without exception that had been the repetitive reality of my life from 1963 to 1981. I had nothing to show for my work other than the work itself, and the rights to that work had been claimed by others, or was involved in the process of being claimed by others.

This recognition, on that dismal day in 1981 was the beginning of my fight for ownership of, and payment for my work from 1964 forward. I had kept the rights to the RCA songs, and the songs and masters of the Dennis and George deal... so there was the beginning.

I vowed that I would not die until I made good on that promise. I vowed that one way or another I would own what I created, and that every penny owed to me would be paid.

I was going to clean up the wreckage of my past. Somehow... Someday... No matter how long it took, or how hard it was to accomplish.
Posted by Bobby Jameson at 4:40 PM