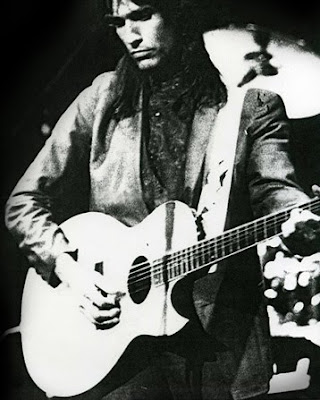 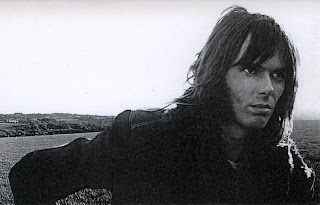 In 1981 I felt as if I were back in the 70's. The only difference was that I was clean and sober. It was a big difference. Without that I would have surely gone on a bone chilling rampage following another complete collapse of my world.

I didn't know back then whether I was going to be able to stay sober through it all. I was faced with the prospect of homelessness and no job. So finding somewhere to put myself was a top priority in my daily thinking.

There always seemed to be a temporary fix, but it was pure drudgery having to constantly look for the next bed or couch. I can't even begin to remember all the places I ended up.

I recall clearly staying with Georgiana Steele at her aunt's house in Glendale for around a month, and I will always be grateful to her for the time I was given there. But in all honesty I was too depressed to stay anywhere for very long.

I felt like an unfixable loser, and lived in my own dark world of isolation a lot of the time. Having to communicate with people for more than an hour or two was damn near impossible.

I'd become reacquainted with Georgiana through John York, who had been a member of the second Byrds band, as well as being one of the musicians who'd played on Outlaw, Ten Cent Call, and Barrooms during the Dennis Poulsen deal.

I'd become good friends with John and his wife Nadia, and stopped by their apartment a lot when I was out searching for a way to restart my ever crumbling life.

One afternoon I showed up there and John introduced me to Nicky Hopkins, who had played keyboards and piano on about a hundred number one records over the the years.

We sat around talking for awhile, and at some point I picked up John's old acoustic guitar from the couch and started messing with some chords I'd come up with.

Hopkins asked what I was playing and I said, "It's just a four chord blues riff I made up."

"Well I thought I'd heard every chord there was," he said, "but I haven't ever seen or heard what you're playing."

"It's just a B-7th configuration, finger wise, played in four different fret locations up and down the neck," I said,

Nicky walked over and sat down at a keyboard in the middle of John's living room and asked, "Would you play that again Bobby?"

I went over to where Hopkins was seated and John picked up a bass guitar. I launched into playing the chords again and started singing the lyrics to the song I had written.

Nicky kept watching my fingers sliding up and down the neck of the guitar and shook his head.

"Nothing," he said, "I've just never seen this progression before in my life, and the way it sounds. It's just totally different than anything I've ever heard."

I looked at John, who was smiling like a Cheshire Cat and shrugged my shoulders.

"Play it again," said Hopkins, "I have to learn this. I have to hear it again and again so I can get the right notes. Play it again Bobby, keep playing it until I get it. I can't believe I haven't ever heard this before."

For about three hours that afternoon my life made sense again. Me, John York, and Nicky Hopkins playing music together in John's living room, and loving every second of it.

Three creative souls surrounded by John's family with the sun pouring in the windows, picking, plunking, and thumping in an upstairs apartment in Hollywood, California.
Posted by Bobby Jameson at 2:54 PM