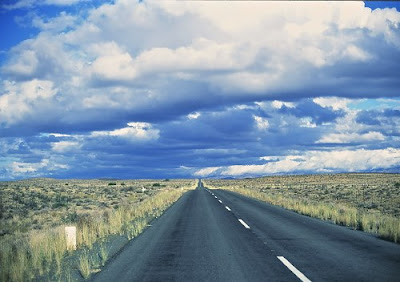 It's not that the situation with Gary was so different from things that happen to other people, it was what it did to me personally that makes it stand out in my life.

I had already found it difficult to trust people, because each time I did, something bad usually resulted in the end.

Gary was just a guy I knew from the program. It never occurred to me that I had anything to fear from him.

But after what happened, I found myself even more wary, sizing up each person I encountered. Not in a positive way, but looking at that them as potential foes.

I moved out of the house in Culver City and once again took up the old practice of living here and there, but never anywhere for very long.

I spent God-awful amounts of time driving around in my car with no particular destination, just cruising the Southern California streets alone.

My outlook on life had deteriorated into a self-imposed exile from the human race and any kind of normal routine.

It felt very reminiscent of my life loaded, not in the sense of what I did, but how I felt about it...in a word, bleak.

I stayed with the tool-selling job as long as I could, for money, but eventually quit out of frustration. I was good at the job, but a lot of what I sold was crap.

Because of this, I found it hard to lie to some farmer in Indiana about the quality of what I was trying to get him to buy. I had a phone name, Cole Parker, and a lot of those guys trusted me.

One day a man in the midwest said, "Well, Cole, do you think this is a good buy?" I knew it was garbage, so I told him, "No, it's junk, don't buy it." I knew then I was through selling tools.

I made jewelry, sold jewelry, painted houses occasionally, worked for contractors when I could, bought stuff and sold it. Whatever I could do I did at one time or another to keep going.

What I couldn't do was get and keep a regular job, or have a relationship that was stable with another human being.

My past, and all that went with it, would eventually explode inside me and wreak general havoc with any normal setting I might have been attempting to engage in.

This was as painful and confusing as anything I have ever had to deal with. There was no way to know when it would happen, just the knowledge that it would happen sooner rather than later.

Various people, mostly women, tried to fix me along the way, but without success. I was fighting my own demons and locked in a desperate battle to stay alive and sober.

The rock bottom nature of my dilemma was slowly, cruelly, and clearly making itself ever more known to me. The dream of a good life with things to be grateful for dimmed to a bare flicker.

I was an outcast among outcasts. A man alone in his own desperate quest for salvation. The future loomed ahead, promising, I feared, more of the same.

The recognition of that possibility, probably saved my life as well as my sobriety, because it forced me to accept, however grudgingly, that the best I might achieve was to simply survive each new calamity.
Posted by Bobby Jameson at 5:20 PM