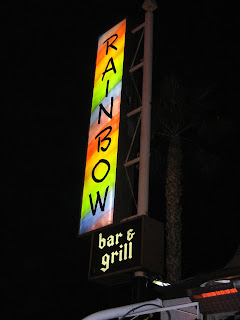 L.A. Nightmare was, and is, a summation of all that my life had been, and had become, as a result of my time in Hollywood pursuing a career in music.

It is not a great song by any means, but does bring into focus my feelings and thoughts in 1985 about how I perceived myself in relationship to L.A. and the music industry.

It is in many ways a position of resignation and anger, more than anything else, capturing the deeply troubled nature of what had happened and what had not happened.

For some, it is a deeply negative portrayal of loss and failure, that many have questioned as accurate or necessary. For me, it is a clarifying capsule of history crushed into a few minutes of my life.

Whether I was wronged as much as I have said, and believe that I was, is for others to debate. I know what I was like when I started in 1963, and what I had become by 1985.

The seven songs, known now as the Closet Recordings 1985, stand out in a unique way because they are the last recordings I made.

Their significance to me, looking back at my own history, over a quarter century later, places them in a particularly important square on the checker board of my past.

I have often wondered why these recordings were, and are, the last ones. This question will hopefully be answered in the continuing search through my own memory.

In the beginning, I was an excited kid whose vision of making records had catapulted him into the limelight in the 60's. Twenty some years later I was a forty year old has-been, who many had less than stellar opinions about.

But in the writing and recording of these seven songs, I had, in my way of thinking, captured, as best I could back then, a product that I had done all by myself at almost no cost, which stand out as at least adequate.

The ever rising costs of making records back then was proven to be more folly than reality, by my own efforts in managing to produce these recordings in a bedroom on basic equipment.

It was proof that making music and capturing it, by any means, was far more possible than what a bloated industry continually claimed as legitimate costs to produce recordings in a studio.

I was not only writing songs and recording them, I was saying, in my own limited way, that what had become acceptable, as far as costs, was in fact unacceptable nonsense conjured up by charlatans in positions of power.

In many ways I was proving to myself that I had learned the art of recording, and was proving it by creating this series. I had been in need of the test, as it were, and wanted to see if I could pass.

When I finally finished the project, I felt as though I had succeeded, but soon found that others either did not agree with that assessment, or were just flatly uninterested in me or my work.

Those who listened halfheartedly to the tape, had nothing but negative comments about the work, saying, "It's dated, and not commercial. No one's interested in this kind of music anymore, Bobby, sounds like you're stuck in the past."

After awhile I resigned myself to the fact that once again I failed at creating anything that anyone would ever consider valid.

I was torn between my own sense of failure and the conviction that those who I tried to get interested in the work were idiots, and incapable of hearing what I was doing or how I'd managed to do it.

As for recording at Carol Paulus's apartment, and her part in this particular undertaking, I recall vividly the day when the telephone had been placed directly outside the door to where I was hard at work.

In the middle of a take on one of the songs, it rang, and destroyed again what I was doing. On that occasion I flew into a rage and grabbed the telephone and threw it as hard as I could against a wall.

Carol's horrified reaction to my rage further infuriated me because it lacked completely any real concern for why I was upset, or for the work I was doing.

I'd spent five months on the project and was exhausted by then, and had had, one too many times, endured the ringing of the notorious telephone.

I did not hide my anger in any way at that point, and flatly accused her of not giving a shit about my work.

"Ya know Carol, if you gave a shit about what I was doing you wouldn't keep leaving the fucking phone right outside the door where I'm recording. It's got a Goddamn fifty foot cord on it, so why do you keep putting it here?" I yelled.

Posted by Bobby Jameson at 3:14 PM