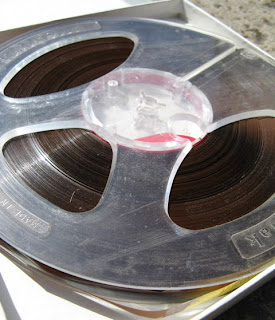 My mind was going a million miles an hour. The check John Rhys had shown me was another deadly reminder of how completely broke I was and how dependent on others I had become.

He had gotten more money for publishing one song than I had received in my whole life for writing hundreds of songs.

I headed back to Carol's apartment to try and organize my thoughts and emotions into some sort of cohesive plan of action.

She'd said that I didn't have to leave immediately, that I had time to make other arrangements, so I was determined to use the time to figure out my next move.

As I drove, I stared out at the city around me, feeling the emotions of twenty years slamming me against the seat of my car.

I stared into the past, recalling the young boy who had come here with his guitar and dreams so many years ago. I felt his excitement and power, the sheer magic of his expectations.

But there was no magic now. Just a forty year old nobody with a used car and empty pockets, driving back to a place where he had been told he was no longer welcome. "The story of my life," I thought, "always leaving, never staying anywhere for very long."

I had repeated this so many times it had become my life style. Coming and going, from this place to that, with next to nothing to show for it in the end.

The only thing I had a lot of was songs that nobody wanted, records that nobody cared about or remembered, endless home recordings done in rooms where I labored unnoticed for too many years.

This was my legacy. Cardboard boxes of Bobby Jameson's life. Boxes with no home. Boxes of emotions, my emotions, trapped on paper and magnetic recording tape, sitting in silence and not welcome...anywhere.

I had become a derelict over time. A wandering hobo with my dreams in a box and no place to put us. I'd worn out my welcome in every single place, with every single person in twenty two years. Twenty two years had passed since I first walked into United Recorders on Sunset Blvd. and recorded Let's Surf in 1963.

I laughed at myself for remembering it, amused by the naive kid who sang his heart out back then. Back when it was all in front of me instead of behind me, chasing me...

This was my life. A bunch of spiral note books filled with words that nobody saw, melodies that no one ever heard or cared about. This was my life that day in 1985...This was it, as I drove back to Carol's alone.

I unlocked the door and called out. No answer, she was not there. I went in and stared at the tape recorder, still waiting to go to work, but there were no songs to record, no ideas burning to be noticed and captured on tape.

The amp, equalizer, and speakers sat like mutes, staring at me, waiting to be commanded into action, waiting to light and hum their way into activity, but no such command would come.

I dropped like a heap on the edge of the bed and stared at the floor. I lit a cigarette and watched the smoke curl upward into the dim light of the room where I'd worked so hard for months.

I glanced out to the hall and saw the telephone sitting there in a mass of twisted cord. I replayed the pictures of me throwing it against the wall out of frustration.

I broke down in tears, and watched while tiny puddles began to form on the floor next to my boots. I was alone and tired. Alone with my thoughts, feelings, and the nagging picture of that Goddamn fucking check of John's. Just me alone, with the boxes of my life.

Posted by Bobby Jameson at 5:43 PM