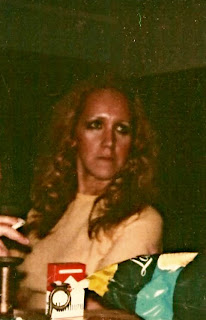 I left the building, hurrying as I went, not wanting to encounter the police in the mood I was in. I knew if that happened it would be bad, worse than it already was.

I felt like shit. A combination of anger, disappointment, and confusion. How the fuck could I have money, but not be allowed to access it? It was like going to the bank and being told you couldn't withdraw your own funds.

Things never changed in my life that they didn't get worse. "I live in some cosmic joke," I thought to myself, "like a starving man allowed to look through the windows of restaurants, but not allowed to eat the food he saw."

It was driving me insane. I cursed my life and God, as I scurried along the sidewalk in the hot California sun. I felt conspicuous in the pounding brightness of afternoon, like a night walker suddenly caught in the glare of daylight.

"What could I do, who could I call, where do I start?" I wondered. This was my life. An unending series of desperate moments, piled on top of each other, like logs. Always another problem, rarely a solution.

I had no money to get a lawyer. I was just out here by myself, trying for the umpteenth time to cope with the latest pile of crap that fell on me.

I headed back to Carol's place off Olympic Blvd., just east of La Cienega. It was an older style California Spanish looking duplex, where she lived on the ground floor and the owner lived upstairs.

I found a place to park, and gathered up my pile of old records from the seat, fearing they would warp in the hot sun. I made my way inside, feeling like a man running from a crime scene. As the door closed behind me, I relaxed slightly, assured that I was safe for the moment.

Another crappy day for me, another shit outcome that favored my opponents. It was another lonely moment in a life of lonely moments. I looked around for Carol, to no avail, she was not there. Didn't know if I was glad or not about that. I was in need of talking, but had no one to talk to.

Later on, she showed up, and I began relaying my story about ASCAP and the fact there was money of mine, but that they wouldn't give it to me, and the part about the non-existent co-writer who was getting paid.

I blasted my way through the day's adventure in a flurry of angry rhetoric, but sensed that she was not in any way connecting with me. I finished abruptly and sought some sort of response from her.

Carol was a member of Alanon, a program for those affected by others, such as me, who were drunks and/or addicts. She had been to see her sponsor and had told her about me throwing the telephone against the wall, because it had rung while I was recording.

She informed me that her sponsor had suggested that I be asked to permanently vacate Carol's apartment. She had said, "What I needed, was to be tossed out in the street for my own good, and that maybe that would make me grow up and act like a man."

I stood in stunned silence, looking at Carol's face, waiting for the part where she said she would never do that, but it didn't come. It was just an empty deadness that filled the air. A place where words no longer existed in my favor. A moment in time that never ended...-
Posted by Bobby Jameson at 9:20 PM