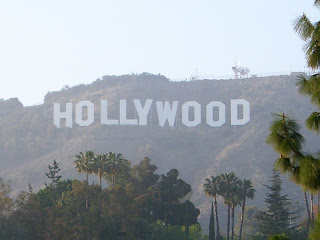 It was no joke. I was pissed off and fed up. I hadn't gotten anything from Martin Cohen except more of the same old shit. It was, for whatever reason, the straw that finally broke the camel's back

I had learned in AA to look at my part in things, to see what I had done, or was doing, that caused my troubles. I had been practicing that for nine years, taking responsibility for my own actions. I was not perfect, but I was diligent. What I was running into, time and time again, was the lack of responsibility taken by others.

In AA people told me to let it go. That's all they ever said to me. Even when I had been wronged they'd say, "Let it go." Because I'd let it go repeatedly, I was now sitting in the results of that philosophy.

Others, it seemed, were allowed to commit their wrongs, and I was subject to accepting it, or at least that had been the lesson.

It had become a one sided arrangement from where I was standing. The bar I had to reach appeared a great deal higher than the one others set for themselves.

By 1985, I had painted myself into a corner where I could no longer live. I'd spent twenty-two years, drunk, loaded, and now clean and sober, letting others off the hook. If they owed me money I didn't force them to pay me. If there was a contract, I let them break it.

People made promises, but didn't keep them. They did things that caused me harm and then excused themselves through self-serving forms of exoneration. But when I fucked up, they gathered like a flock of vultures to condemn me for my shortcomings, of which there were many.

"OK!" I said out loud, "I'm an asshole! You win! I'll move my ass outta your apartment forever Carol, and you can make your fucking sponsor proud. I'll leave this Goddamn town, too, and the fucking music business forever."

I made up my mind. I made my decision. I was done. It was finally over, I was finally through. In a split second, I knew for the first time in my life that giving up my dream was the only way I was ever going to have any peace in my life.

I had done my best for as long as I could, and had blown it. I had failed to achieve what I had set out to accomplish long ago.

It was a declaration, and with it the umbilical cord that had held me for so long was cut. The feeding tube to my dreams was now gone.

I looked around what had been my studio and bedroom for months, and figured out what I would take with me, throwing it into plastic garbage bags destined for the trunk of my car. "I hope you'll be happy, Carol," I said to the walls, "but I don't think you're gonna like this."

I wondered who I would say goodbye to, but there wasn't a single person in the whole town I wanted to tell I was leaving. Not one person I would miss. Frankly, I didn't think anyone would care whether I left or not.

In AA, people had already blown me off and told me over and over to go get a job, as if I were nothing more than a fool living in a pipe dream. No one had ever bothered to find out anything about my past or what I had actually done for the last two decades.

So now I, too, was ready to capitulate, convinced as well, that my life was nothing more than a childish dream, which I would finally put away.

To accomplish this, though, I would have to leave L.A. and Hollywood. I would have to get away from the streets, the lights, the people, places, and things that had owned me for so long.

I had to cut it off clean and for good, like alcohol and drugs. I had to quit cold turkey and break the addiction. I had to do it today...

It was now or never, I reasoned. It had to be for real, and at that moment, it was the most real it had ever been in my life.
Posted by Bobby Jameson at 5:36 PM