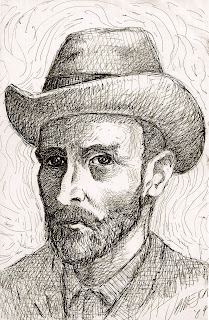 They existed as a reflection of each other, like a mirror reflecting the image of the observer...the observer seeing himself not only in, but as the thing reflecting.
Posted by Bobby Jameson at 9:36 PM